GUZAARISH: Death is off the menu 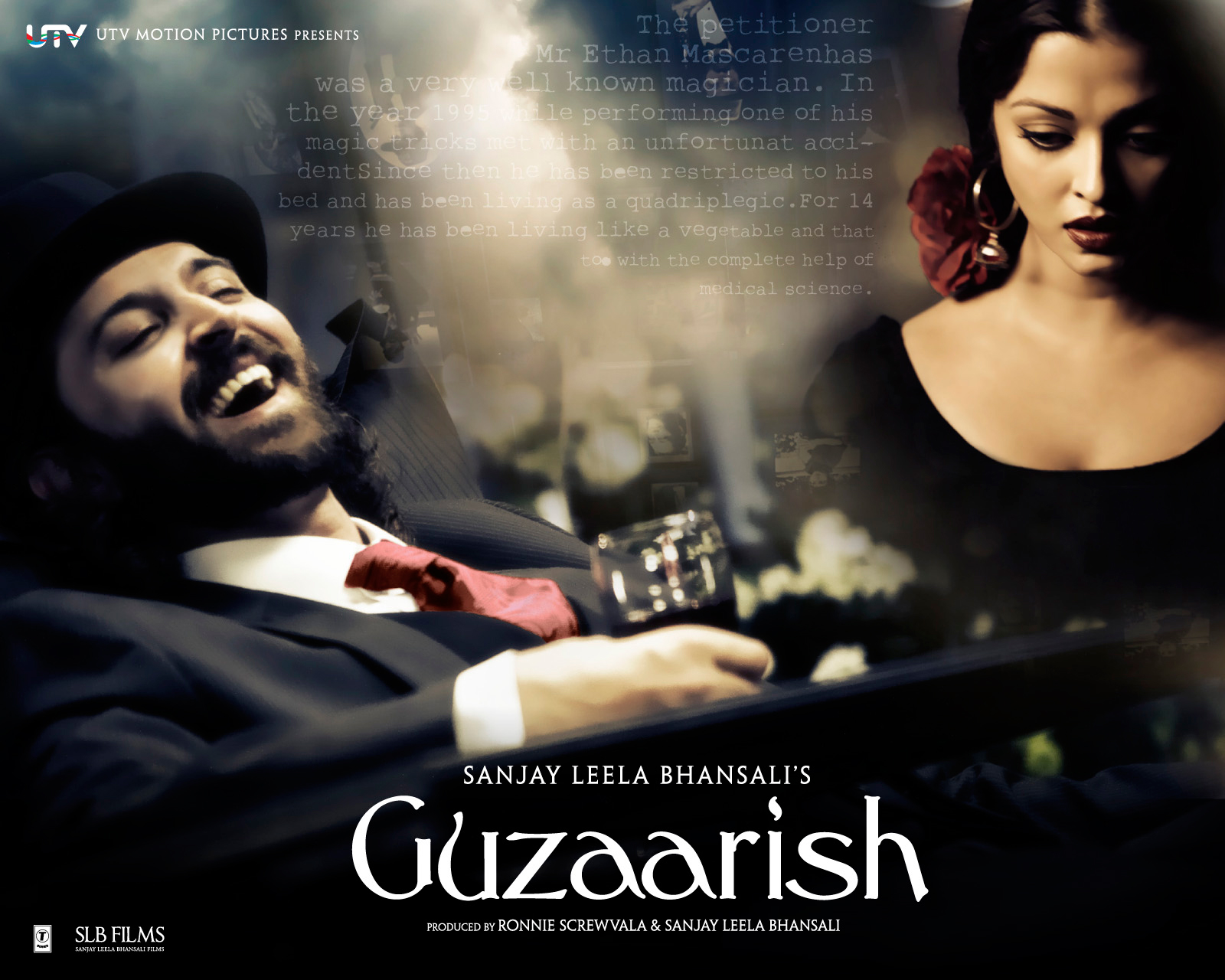 “What’s the point of living such a life,” remarked the one who went to the movie with me. “What’s the point of living any life?” I queried. And I wonder if that sums it up. Either no life is worth living, or every single one is. And, interestingly, no matter which one of the two ways you look at it, life gets a thick edge over death any day, and even on a rainy day. If no life is worth living, why bother? Live it anyway, no matter what. And if every single one is, so is yours, no matter what, again.

The movie is primarily about a man’s battle to wrest right to die from the law and the legal system that hold right to life too dear to let go of it. Euthanasia occupies the center stage, but is not central to the point the movie attempts to make. It’s not about ‘right to die’, but about ‘right to choose’ without interference and without having anyone to sit in judgment over the morality or wisdom of the choice.

It is about free choice and not about the object of the choice. Why should the right to choose be allowed to only a certain extent and not any further when the exercise of choice does not adversely affect anyone else other than the chooser himself or herself? If life is about choices, what’s wrong in death by choice? If ‘free will’ is a divine gift, why shouldn’t it be allowed an unrestricted free run?

The movie poses all of these questions, but it is neither about life, nor about death, nor about celebrating either. It is simply about the fact that since life is about choices, takeing choice away is taking life away. And ii that sense, if, after having chosen to die, one is forced to life, denial of death is denial of life.

Mr. Ethan Mascarenhas, a renowned magician incapacitated by a crippling accident engineered by a jealous competitor, has lived the life of fame and also of enormous courage after he was paralyzed from neck down (quadriplegia). Quadriplegic, due to the injury to his spine, he had a completely dysfunctional body though he could move his head, speak, think and express by facial expressions, but still he lives on bravely and inspiringly enjoying every breath of life and fighting successfully every attempt that hopelessness, boredom, loneliness and melancholy made at snatching away or diluting his zest for life. And then, one fine day Mr. Mascarenhas decides that this long was long enough and it was death that he wanted now. He had lived with dignity and wished to die with his head held high. The only thing that stood in the way was the law.

He petitions the High Court for euthanasia. Predictably, the High Court finds no merit in the case and trashes the petition. Ethan, through his very popular and inspiring radio program, appeals to the people to understand and support his cause. Most of the people love him a little too dearly to let him die while others find it disgraceful on his part to be willing to throw in the towel after having lived a model life. Ethan’s death was not acceptable to the law or the people. The right to choose has limits, Ethan realizes the hard way. Assumedly, he gets the wish in the end because he is shown celebrating his ‘last day’, but law has nothing to do with it, thankfully. But this also means that all those who celebrated the ‘last day’ could be held guilty of ‘abetment of suicide’ under Section 306 of the Indian Penal Code, 1860. After all, they ‘celebrated’ the suicide. ‘Abetting’, as a matter of fact, is synonymous with ‘encouraging’ and ‘supporting’. And if ‘celebrating’ is not ‘encouraging’ and ‘supporting’, what is?

But then, on the issue of euthanasia, the law in the movie, as in real life, does not budge a millimeter, so to speak.

There is a sequence in which Ethan wants to stay awake and ‘think’. He is angry and despite his ardent wish to stay awake expressed – rather yelled repeatedly – in clear terms, the very caring caretaker (Aishwarya) administers an injection to put him to sleep in accordance with the instructions of the doctor. And thus he is robbed of his most basic right – right to ‘think’ – because someone else knows what is ‘good’ for him better than he himself does. He has no grievances in the morning, which implies a tacit approval on account of the belief that the violation was actually in his interest. The false belief that something is in one’s own interest or in the interest of one’s dear ones or even the society at large can be artificially generated. And once that belief is generate and concretized, one can easily be led to very willfully forsake one’s life, particularly in situations when one perceived oneself as a ‘burden’, which, again is a matter of belief.

There is no way to find that the decision to die is one’s own or has been systematically cultivated in a person’s mind through subtle manipulations. Turning euthanasia into a legal possibility may make death beneficial, even if the benefit is as small as getting rid of medical bills and the daily care the patient needs.

However, even if the argument of possible misuse and also the argument of the inalienability of fundamental rights are suspended, it is possible to argue that most human beings would not choose death over life unless they are under extreme distress for some reason. Extreme distress, disappointment and depression are known to render one incapable of rational thought, which amounts to temporary insanity. So, the one who wishes to die may well be considered temporarily insane, in which case he cannot decide for want of legal competence on account of the incapacity to ‘think’. By this line of argument, Euthanasia flies out of the window because the only person who can legally decide renders himself incompetent by deciding in favour of death. Therefore, death is not on the list of choices.

NO ONE KILLED JESSICA: Truth spiced up