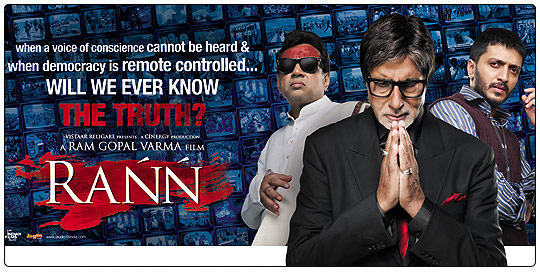 State is a concept brought to life for the purpose of preserving order and promoting welfare of the people by ensuring that every single individual is allowed maximum possible freedom to pursue his happiness without impinging upon the freedom of others.

Therefore, when the enormous responsibility of maintaining law and order fell upon the state and it was expected to effectively protect the weakest against the strongest, thereby generating an unquestionable sense of security; it had to be allowed enough power, and also the legitimacy to use brute force as when required. Certainly, the misuse of power was always an undeniable possibility. In fact, it was invariably considered quite a probability, which is why doctrine of checks and balances came into existence in the first place. However, constitutional and legal safeguards could only be effective when there was enough awareness through quick dissemination of information, which is where media stepped and became the Fourth Pillar of democracy. Rann revolves around this pillar and points out the chinks that threaten to bring the entire edifice down.

The success of the movie lies in correctly identifying the problem and the failure in blowing it out of proportion by deliberately obscuring certain ground realities to paint the picture starker than it actually is.

Money keeps the world going, which why corruption is pervasive, and to think that any man or institution is completely free of it is just too naïve. Men with stronger moral grounding and institutions with greater internal and external checks tend to hold better in this respect. The same goes for the media. The mad race to prevent the viewer from reaching for the remote has inspired cutthroat media wars, and electronic media is in the thick of things.

Vijay Harshvardhan Malik (Amitabh Bachchan) is an honest TV journalist, whose belief in responsible journalism – the journalism of truth – is unquestioned and unquestionable. But his channel is suffering loses for want of spicy content, which other channels regularly dish out. His son falls into the lucrative trap of media-politician nexus and tries – and also succeeds – in making the channel a politically inclined establishment trying to not only sell its candidate to the electorate but also to create false ‘truth’ to boost his chances.

The movie conveniently shuts out the multiplicity of media that works as an effective restriction on unethical practices. In the world of Rann there are only two major channels vying for the viewers’ attention. In the real world, there are a great number of small and big channels, numerous newspapers, a great number of new websites and far greater number of blogs with global reach. Furthermore, Indians are class one skeptics when it comes to politics and the indispensable hanky-panky that comes with it. So, float a lie, howsoever incredible, and people would believe, but with the same alacrity they would also punch gaping holes in every such ‘truth’. And the conspiracy theories would be as astounding as the lie hurled out.

So, no single journalist can – or has ever – enjoyed the kind of unquestionable credibility as Mr. Malik is portrayed to enjoy in the movie.

Therefore, the movie fails to create a convincing backdrop to weave the yarn around. Media is not an institution in the same sense as, say, the Judiciary or the Legislature. Therefore, it does not have the unitary character with some exclusive authority, or the power to decide for others. Media stands on the same footing as any other citizen when it comes to the fundamental right of speech and expression. It does not enjoy any exclusive privileges. Whatever power it wields has no theoretically identifiable source. In other words, the power is not formally ‘conferred’ by an authority. Therefore, the checks that operate on a media house also have no formal or legal character for the most part. The legal restriction applicable to the media houses are much the same that are applicable to an individual, which implies that media as media neither has special privileges, nor restrictions. This also means that corruption has limited penetrability in media because there is no exclusivity involved and the utility of media lies in finding and revealing the truth, which is also where it derives its power and influence from.

Rann makes things too simplistic and glosses over the fact that if one media organization tries skewing the facts or tries scheming, there would be a good number of other media organizations move heaven and earth to bring out the sensational truth about irresponsible journalism. The check on media is actually inherent in the very nature of journalism. Since the movie, in its overzealous attempt to ‘uncover’ the media, turns a blind eye to this fundamental truth, it fails to make its point convincingly enough. It sets off the shrill alarm before time.