WTC ATTACK – I: The Rise of Al-Qaeda 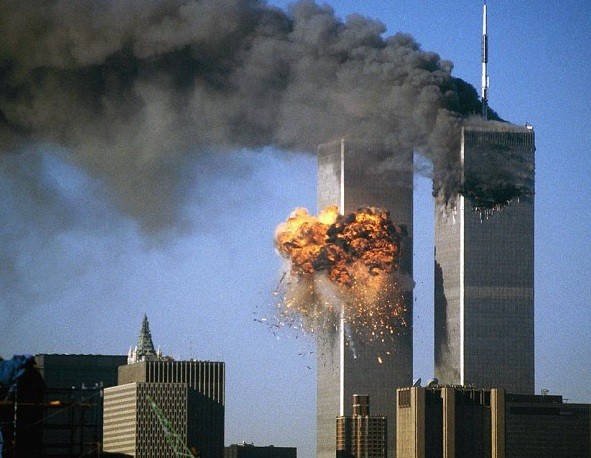 Terrorism is no longer a territorial issue, and has gone global in a big way. The US considered itself immune to debilitating terror attacks that the rest of the world suffered until the myth of invulnerability came crashing down together with the WTC Twin Towers on September 11, 2001. But the WTC Attack was not planned and executed in a day or two, or, for that matter, a month or two; it had been in the making for years before it happened. When John Miller, an ABC News correspondent had had an opportunity to meet and interview Osama Bin Laden in Afghanistan, Laden had reiterated his 1996 threat of mass murdering the Americans as part of jihad against all those who invaded or in any way harmed any Islamic nation or the Muslims. Meeting with Miller and allowing an interview was aimed at declaring that something awfully wrong was about to happen. Surely, going by its past experiences, the US and the western world might have expected an explosion or two here and there, but certainly could not have imagined a strike of such magnitude as the WTC Attack was. What went into the making of the WTC Attack cannot be fully understood without understanding what made Osama Bin Laden the world’s most dangerous terrorist.

Laden (Usamah bin Muhammad bin Awad bin Laden), born on March 10, 1957 in Riyadh, Saudi Arabia to an uneducated labourer, was the seventh son in a family of 52 children. His father worked as a porter in Jeddah, but started his own construction business in 1930 and climbed the ladder of success so fast as to turn his family into what was described as “the wealthiest non-royal family in the kingdom”. Being a builder working for king, senior Laden was close to the royal family, and was also close to Prince Faisal. Later, when the rein of King Saud ended and Faisal was trying to rebuild Saudi Arabia, senior Laden offered financial assistance to Prince Faisal, which the Prince accepted in order to cope with the difficulties he was facing then. In return of the assistance, a grateful Prince Faisal awarded all future construction projects to the senior Laden’s company, which resulted in the soaring of the company’s assets to a whopping $5 billion.

However, neither the wealth, nor the royal association changed senior Laden as a person, and he continued to be the same humble, religious man, who wanted his children to lead moral life guided by the principles of Islam. But Osama was not destined to have his father’s hand on his head for long, and when he was still 11 years old or so that senior Laden died in a plane crash near San Antonio, Texas. After the departure of senior Laden, his business was handled by his eldest son, who relentlessly pursued expansion of business and soon enough the company had over 40,000 employees on its payroll and had expanded into Egypt to become the largest foreign private business group in Egypt.

During one of his trips to Pakistan in 1982, Bin Laden witnessed the pitiful condition of the Afghan refugees who had to flee to Pakistan in the wake of Soviet invasion of Afghanistan. He also came across some mujahedeen leaders, and returned home to raise funds to support jihad against the Soviet invaders of Afghanistan. He was quite successful in raising the funds and returned to Pakistan not only with substantial funds, but also with a promise of future help and continuous support. He made several trips to Pakistan bringing more and more funds to support Afghan resistance of Soviet intrusion. The assistance he brought did not involve just money. He also started building roads and camps with the equipments provided by his company. He also inspired and brought the Saudis and Arabs to fight shoulder to shoulder with the Afghans against the Soviets.

Not only had he build a number of training camps in Afghanistan but had also started organizing his own troops to lead the attacks personally by 1986. Subsequently, he fought in several battles in Afghanistan. Bin Laden’s reasons for joining the cause of the Afghans was clear right from the start, and, during an interview with a French journalist in April 1995, Laden explained his viewpoint reportedly in the following words:

To counter these atheist Russians, the Saudis chose me as their representative in Afghanistan … I did not fight against the communist threat while forgetting the peril from the West. For us, the idea was not to get involved more than necessary in the fight against the Russians, which was the business of the Americans, but rather to show our solidarity with our Islamist brothers. I discovered that it was not enough to fight in Afghanistan, but that we had to fight on all fronts against communist or Western oppression. The urgent thing was communism, but the next target was America … This is an open war up to the end, until victory. [Bred K. Burner, The World According to Al Qaeda, p. 2.]

It was during the Afghan war against the Soviets that Bin Laden’s organization turned into a sophisticated fighting machine and started calling itself al-Qaeda (The Base). Paul Bremer, former US Ambassador for Counter-Terrorism, described the structural organization of al-Qaeda thus:

Bin Laden’s organisation, which is called Al Qaeda in Arabic, the Base, is a rather loosely structured organisation, with bin Laden and a few top deputies doing the strategy and major planning. And then he’s got affinity groups, groups who support him one way or the other. They may not at all times even be on his payroll, spread in probably as many as 40 or 50 countries around the world Last accessed on April 13, 2012].

Noting the difficulties in dealing with the organization, he further said:

It’s a sophisticated organisation. It certainly has a top council that has a group of sort of committees under the top council. But the problem that all of us have to face now, is that even if we could deal with bin Laden and all of his top deputies and his council and everything, the organisation is diffused enough, with enough adherence around in various places, that that isn’t going to be enough. [ibid.]

Therefore, al-Qaeda was growing into a formidable organization with at least a passive presence in over 50 countries. In 1989, Laden returned to Saudi Arabia and stated making preparations for a new jihad in South Yemen. He saw the possibility of Saddam Hussein attacking Saudi Arabia, and did not shy from saying it out aloud. Therefore, when Saddam Hussein attacked Kuwait, it lent further force to his convictions. Things worsened when President George Bush gave a go-ahead to Operation Desert Storm and pressed US military into service in defence of Kuwait, which greatly incensed Laden. He was furious at the news of US presence on the soil he considered his homeland. The presence of any foreign forces on the land of Saudi Arabia was clearly unacceptable to Bin Laden.

And it took only a few days after US forces set their foot on the Saudi soil for Bin Laden to take over 4000 Saudi supporters to Afghanistan to train. The Saudi government had aliened itself with the US in the war to defend Kuwait, which made Laden’s training camp in Afghanistan much of an embarrassment. Therefore, after sending across several warnings to Laden, the government of Saudi Arabia decided to place Laden under house arrest.

However, Laden used his connections to obtain permission to travel to Pakistan on the pretext of ‘business’, wherefrom he slipped into Afghanistan, but found that the country was in deep turmoil after the departure of the Soviet forces. He tried to mediate between warring factions, but failed to make them reach any workable arrangement. In the meanwhile he learnt that the Saudi government had placed a request with the Pakistani intelligence agency to track him down and have him slain. Therefore, Laden used his influence again and flew to Sudan in a private jet and settled in Khatoum, the Sudanese capital. He offered to help the Sudanese government with both resources and equipment to build roads and associated infrastructure in exchange for safety and freedom of movement. Sudan was in need of such assistance. So, the country accepted Laden’s offer, and with this arrangement in place, Laden had found another safe base to operate from.

Originally written for and published in LAWYERS UPDATE  as a four-part ‘Crime File’ in July 2012.