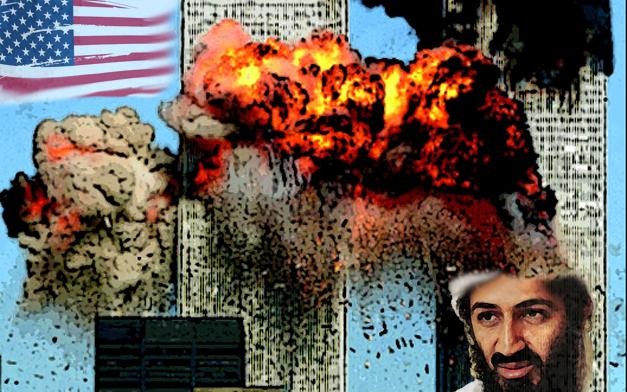 Laden was relatively safe and also had freedom of movement in Sudan, where the Sudanese government had accepted him and his radical Islamic views and treated him as a “special guest”, but that did not take him beyond the reach of the Saudi authorities. And this was proven when there were two more attempts at Laden’s life though he survived both. Finally, after having failed to kill Laden, the Saudi government hit out at him by revoking his citizenship of Saudi Arabia, and thus shutting him out of his homeland. In retaliation, Laden condemned Saudi Arabia and its alliance with the United States in several of his officially issued statements. He reportedly called the Saudi government “inadequately Islamic”.

Soon, the US realized that Laden was not all talk when on February 26, 1993, a powerful bomb explosion shook the underground garage of the World Trade Center, New York taking six lives and leaving around a thousand wounded. FBI did not take too long to zero in on the culprits. All of the four involved in the bombing were militant Muslims and had ties with al-Qaeda and had been trained and had fought in Afghanistan. Ramzi Yousef was believed to be an associate of Bin Laden himself and the leader of the group that carried out the bombing. He was believed to have left the American soil immediately after the explosion.

When the FBI took over the investigations, the Bureau did not have a clear theory as to the identity of the perpetrators and their affiliations. Then they followed the money trail tracking the bank accounts used to move the money for the purpose of making the bombs and executing the bombing.

Yousef had used an ATM in New Jersey to withdraw the money, which is where the investigators worked their way up from and found that the money had come from Afghanistan through Detroit, London and Pakistan. Finally, they could establish a link between Yousef and Bin Laden, and what connected the two was another organization supported by Laden. It was, thus, clear that Bin Laden was behind the anti-US terror campaign.

The first terror attack by Osama against the US was the failed bomb strike attempted against the US troops on their way to Somalia in 1992. The troops were left unharmed, but two tourists ended up dead. The militants who carried out the bombing were Yemenis and had been trained in Afghanistan as per their own admission to the investigators after they had been arrested and were subjected to interrogation.

The incident that sent the international pressure against Sudan soaring to an unprecedented degree was the car bomb attack in Riyadh, Saudi Arabia, in 1995. The attack could be traced to Laden, and Sudan was branded terror-sponsoring nation by the US. Under intense international pressure Sudan had no option but to agree to expel Osama, who was asked to leave Sudan in 1996, after which he came back to Afghanistan and sat up his base and re-started his campaign from near Jalalabad.

The Khobar Towers bombing on June 25, 1996, was first thought to be a handiwork of Laden though the Saudi government did not name Laden or Al-Qaeda, but said that it was perpetrated by “Saudi Islamic militants, including many veterans of the Afghan War”. On the other hand, one of the US officials said: “It now seems it was not an isolated case. There is an organization of violent opponents whose members are loosely connected, organized in semi-independent cells like other violent fundamentalist movements in the Arab World.” The Khobar Towers housed U.S. Air Force barracks in Saudi Arabia, and the bombing had killed 19 servicemen.

A few months after the Khobar attack, Osama issued a statement of his purpose and intent on August 23, 1996. The 12-page document was a declaration of an open terror war against the US. Laden declared:

Muslims burn with anger at America. For its own good, America should leave [Saudi Arabia] … There is no more important duty than pushing the American enemy out of the holy land. … The presence of the USA Crusader military forces on land, sea and air of the states of the Islamic Gulf is the greatest danger threatening the largest oil reserve in the world. The existence of these forces in the area will provoke the people of the country and induces aggression on their religion, feelings and prides and pushes them to take up armed struggle against the invaders occupying the land. … Due to the imbalance of power between our armed forces and the enemy forces, a suitable means of fighting must be adopted, i.e. using fast-moving, light forces that work under complete secrecy. In other words, to initiate a guerrilla war, where the sons of the nation, and not the military forces, take part in it. 1

By late 1996 Laden had new protectors – the Talibans. The Talibans were Islamic hardliners and had taken control of Jalalabad. They extended protection to Laden. But Saudis were not yet done with Laden. So, they planned another attempt at his life in 1997, but Laden got the wind of it and decided to move to a lot safer, Taliban-guarded location in Kandhar.

Osama and the Talibans came to an understanding according to which the Talibans were to protect Laden and Laden, in return, committed his troops to the Taliban cause, which was not much different from his own. Laden’s troops and his following had grown into a large support group by then.

In 1997 Laden declared jihad against the US government, and told CNN correspondent Peter Bergen of his war against the US justifying it in the following words:

We declared jihad against the U.S. government, because the U.S. government is unjust, criminal and tyrannical. It has committed acts that are extremely unjust, hideous and criminal, whether directly or through its support of the Israeli occupation…. For this and other acts of aggression and injustice, we have declared jihad against the U.S., because in our religion it is our duty to make jihad so that God’s word is the one exalted to the heights and so that we drive the Americans away from all Muslim countries. 2

In 1998, Osama went a step ahead and sanctioned the killings of Americans and Jews. Laden declared:

We – with God’s help – call on every Muslim who believes in God and wishes to be rewarded to comply with God’s order to kill the Americans and plunder their money wherever and whenever they find it. We also call on Muslim Ulema, leaders, youths, and soldiers to launch the raid on Satan’s U.S. troops and the devil’s supporters allying with them, and to displace those who are behind them so that they may learn a lesson… The ruling to kill the Americans and their allies – civilians and military – is an individual duty for every Muslim who can do it in any country in which it is possible to do it, in order to liberate the al-Aqsa Mosque and the holy mosque [Mecca] from their grip, and in order for their armies to move out of all the lands of Islam, defeated and unable to threaten any Muslim. 3

A co-ordinated truck-bombing attack hit American embassies in Nairobi, Kenya, and Dar es Salaam , Tanzania four minutes apart. 213 American and African citizens were killed in Nairobi and 11 died in the Dar es Salaam attack. Al-Qaeda was suspected to have masterminded the attack. On December 23, 1998, during an interview with the TIMEmagazine, Laden faced the question pertaining to his involvement in the attacks full and square, and responded in a manner that denied direct involvement though he did not rule out involvement by instigation. Laden said:

The International Islamic Front for Jihad against the U.S. and Israel has, by the grace of God, issued a crystal-clear fatwah calling on the Islamic nation to carry on jihad aimed at liberating holy sites. The nation of Muhammad has responded to this appeal. If the instigation for jihad against the Jews and the Americans in order to liberate al-Aqsa Mosque and the Holy Ka’aba is considered a crime, then let history be a witness that I am a criminal. Our job is to instigate and, by the grace of God, we did that, and certain people responded to this instigation. 4

FBI investigations revealed that the attacks were not really a response to Laden’s ‘instigation’ as he claimed, but had been planned well in advance in 1993 itself by Al-Qaeda. In 1993 itself a number of Al-Qaeda militants had moved to Kenya including Wadih El-Hage, who was born a Lebanese Christian but converted to Islam later and also became a naturalized US citizen. He was finally apprehended in America.

The Al-Qaeda operatives together with Wadih were provided assistance and shelter by another associate of Laden – Abu Ubaida Al-Banshiri. Banshiri was a rich businessman and was one of Laden’s principal military advisers.

Clinton administration decided to hit back by a cruise missile attack against Laden. The US forces hit the Qaeda bases in the mountainous regions of Afghanistan and several of his known training camps. The strike resulted in the death of around 20 followers of Laden, but did little damage to either the Qaeda network, or its core or to Laden himself.

Therefore, not much was achieved by these strikes. On the contrary, they might have emboldened Laden and his followers because US, despite its high-tech efforts, had failed to cause much damage to Al-Qaeda, which demonstrated that Al-Qaeda was not ‘powerless’ or ‘weak’ even against an enemy as mighty as the United States.

Originally written for and published in LAWYERS UPDATE  as a four-part ‘Crime File’ in August 2012.

WTC ATTACK – I: The Rise of Al-Qaeda