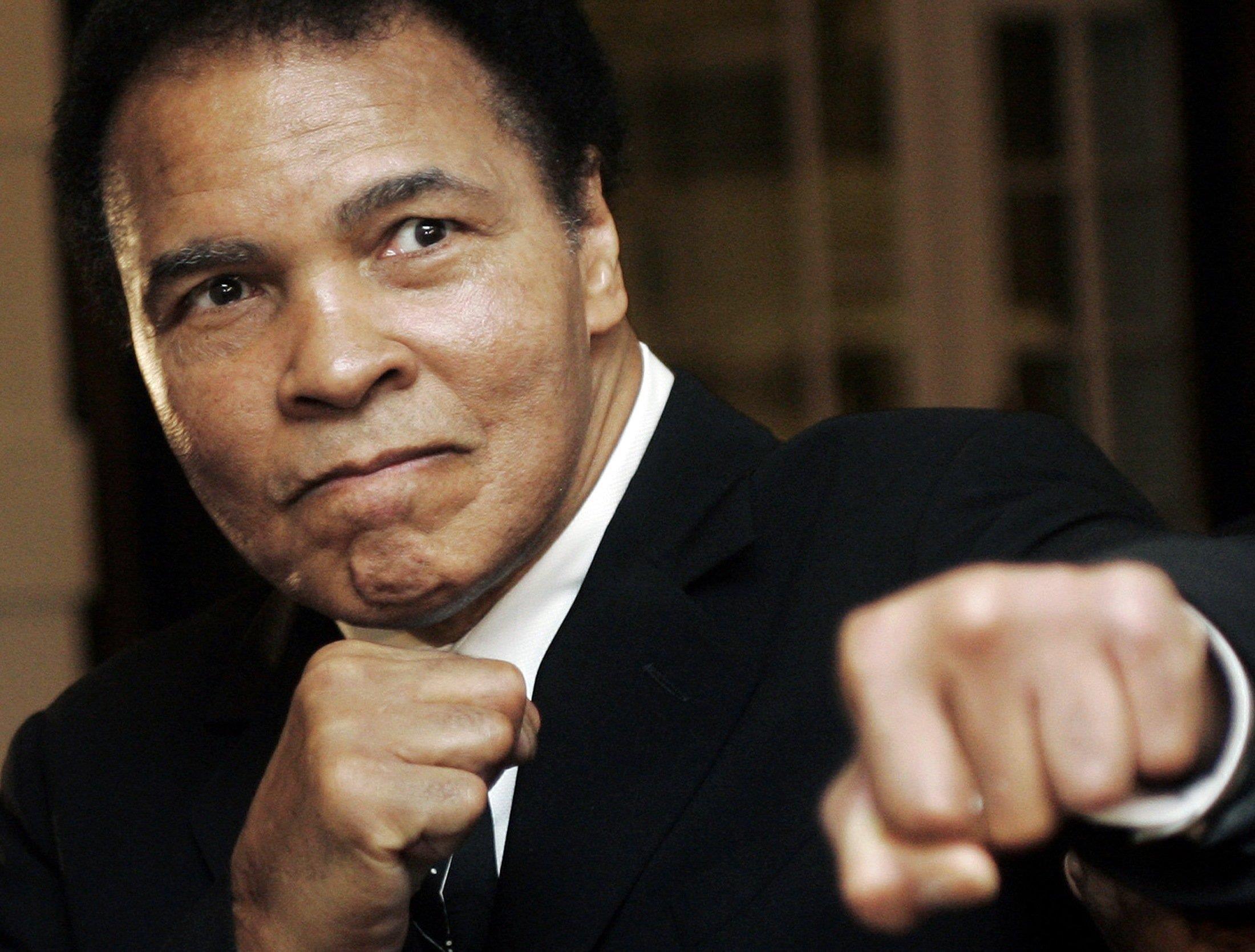 Muhammad Ali ascent to the status of a legend started with his refusal to be inducted into the US Army. When he qualified the pre-draft tests for in 1966 and was told that he was now eligible for induction into the U.S. Army, the US was fighting the Vietnam War.

Ali declared that he would turn down any such call on grounds of being a ‘conscientious objector’, for the Holy Quran commanded against war of all kinds except those declared by Allah or The Messenger. “War is against the teachings of the Holy Qur’an. I’m not trying to dodge the draft. We are not supposed to take part in no wars unless declared by Allah or The Messenger. We don’t take part in Christian wars or wars of any unbelievers.” Ali also said, “Why should they ask me to put on a uniform and go ten thousand miles from home and drop bombs and bullets on brown people in Vietnam while so-called Negro people in Louisville are treated like dogs and denied simple human rights?”

He was invited over to speak at Howard University, where he delivered his hugely popular ‘Black Is Best’ speech to 4,000 cheering students on the invitation of sociology professor, Nathan Hare, who had invited Ali on behalf of a student protest group called the ‘Black Power Committee’.

On April 28, 1967, he appeared for his scheduled induction to the U.S. Armed Forces in Houston, and did not step forward when his name was called on three occasions. He was warned that by doing so he was committing a felony, but he did not relent. He was arrested, his boxing license was suspended by the New York State Athletic Commission on the same day and his boxing title was also withdrawn. All other boxing commissions did the same. The jury took just 21 minutes to return a verdict of guilty on June 20, 1967. The concerned Court of Appeals upheld his sentence following which Ali went to the U.S. Supreme Court.

By the time Ali’s case was slated for a Supreme Court hearing, the popular support for the Vietnam War had deflated and American people had started turning against the war, which turned the tide in favour of Ali. Public support for Ali started rising. Ali went about speaking at colleges and universities across the country. On June 28, 1971, the U.S. Supreme Court overturned Ali’s conviction for refusing induction in an 8-0 unanimous ruling (Clay v. United States). However, the Supreme Court had not gone into the merits of the case, and the conviction was overturned on the grounds that the Appeal Board failed to give reasons for the denial of a conscientious objector exemption to the appellant, which made it impossible to gather as to which of the three grounds offered in the Justice Department’s letter were relied upon. Therefore, Ali’s conviction was liable to be reversed. So, the Supreme Court reversed the conviction on a technical ground.

While his appeal was still pending before the Court, he was allowed to box, and defeated Jerry Quarry on October 26, 1970 and then Oscar Bonavena in December 1970 paving his way to fight the Joe Frazier for the title. Frazier and Ali both were undefeated fighter, and the fight was very much hyped. However, Frazier won and Ali tasted his first professional defeat. But that was not the end.

Ali entered the ring against George Foreman on October 30, 1974. Foreman had floored Frazier six times in just four minutes and twenty five seconds to take the title, and had also won 37 of his 40 bouts by knockout, mostly in or before the third round. But Ali fought against all odds and in one of the biggest boxing upsets, he floored Foreman in the seventh round to regain the title.

Ali lost his title to the 1976 Olympic Ligh-Heavyweight champion, Leon Spinks, in February 1978, but won it back from him on September 15, 1978 a record third time. The record was equaled by Evander Holyfiend, when he defeated Mike Tyson on November 9, 1996 in Las Vegas, Nevada. After the victory Ali retired on   June 27, 1979, but returned to attempt winning a heavyweight title a fourth time in 1980 from Larry Holmes, but the fight was called off on the 11th round. Ali lost his final fight to Trevor Berbick in 1981, who lost his title fight to Mike Tyson on November 22, 1986, and with that victory Tyson (20) became the youngest heavyweight champion ever shattering Muhammad Ali’s record.

Muhammed Ali’s greatness must be seen as in the context of the American Civil Rights Movement against racial discrimination, and is one of the final milestones in the journey that began way back in 1908 when Jack Johnson became the first black to become the heavyweight weight champion. The win prompted the famous American author Jack London to publicly urge Jim Jeffries, referring to him as “the great white hope”, to come out of retirement to reclaim the title for the whites. And Jeffries, after declining first, did come out of retirement only to be defeated in the ‘Fight of the Century’ by Johnson in 1910 triggering race riots across the United States, in more than 25 states and 50 cities. The whites felt humiliated and let down while the blacks were jubilant. Capturing the ‘black’ reaction to the fight, black poet William Waring Cuney penned a poem titled ‘My Lord, What a Morning‘. The riots left 23 blacks and 2 whites dead with hundreds injured.

After Johnson, several coloured heavyweight champions rocked the boxing world before Ali, including Joe Louis and Sugar Ray Robinson (idolized by Ali himself), but none of them came as strongly against racial discrimination as Ali did.

In his book ‘Serenity‘ Ralph Wiley, one of the finest sports commentators, writes that Muhammad Ali “was Robinson who never deferred to whites. Convention at  that time meant subservience on part of black men. Muhammed Ali simply said, ‘I am the greatest,’ and in so saying spoke volumes.”

Ali is among the most important figures in America’s Civil Rights Movement and shares the space with the likes of Malcolm X and Martin Luther King, Jr.,  no less.

Originally written for and published in LAWYERS UPDATE  in two parts as a part of ‘THE LAW AND THE CELEBRITIES‘ series in March 2012.