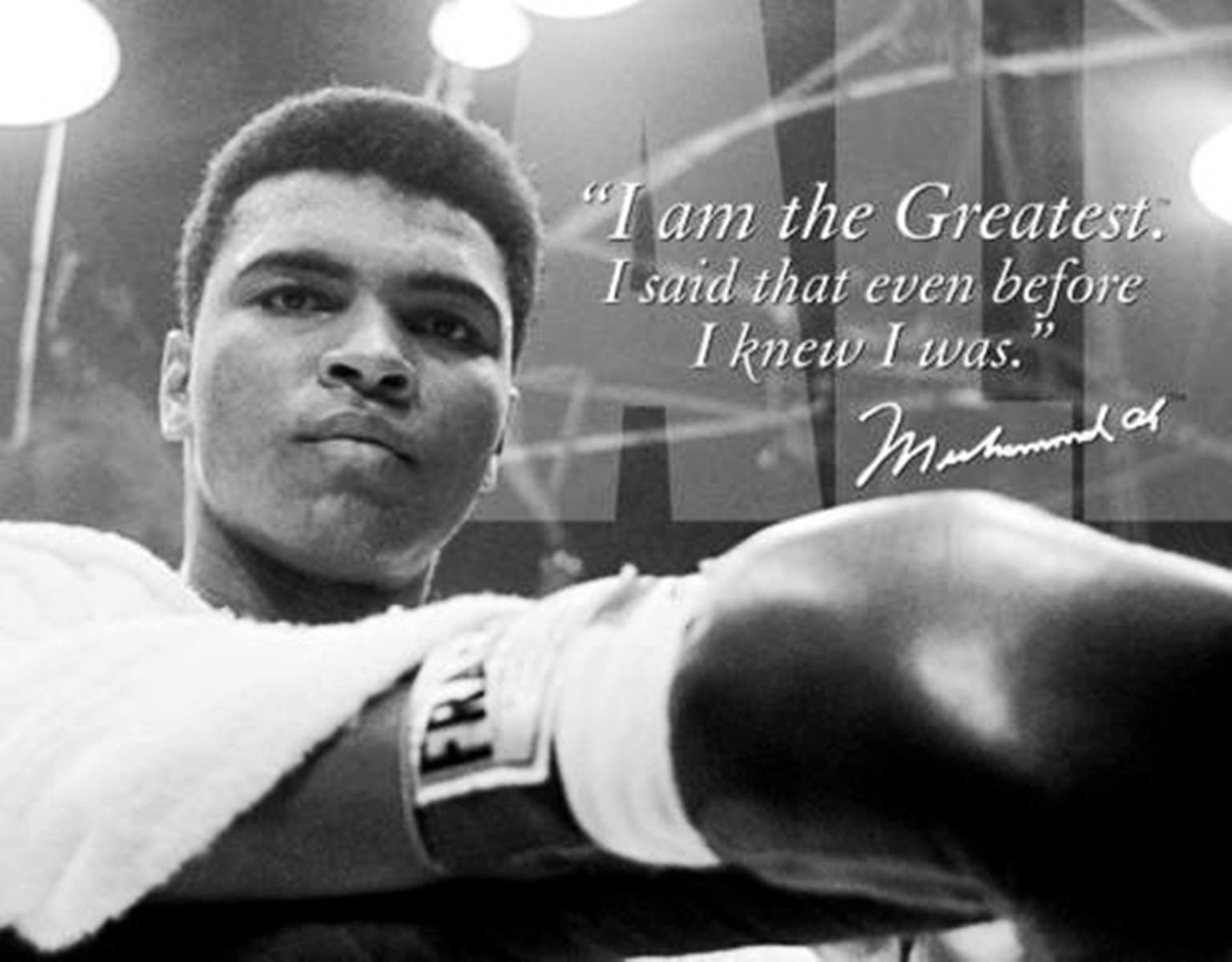 Born Cassius Marcellus Clay, Jr. on January 17, 1942, Muhammad Ali was one of the greatest boxers of all times, but his preeminence is as much attributable to his boxing prowess as to his struggle as a black man in the White Man’s World and to his famous refusal to join the US Army to take part in the Vietnam War on grounds of religious belief. Cassius Clay had become Muhammad Ali when he joined the Nation of Islam in 1964. He later converted to Sunni Islam in 1975 and now practices Sufism. The words he used to convey his categorical refusal to be conscripted into the US Army and also his opposition to the Vietnam War indicate that racial discrimination against the African-Americans played a central part in his refusing to join the US armed forces. “I ain’t got no quarrel with them Viet Cong… No Viet Cong ever called me nigger,” he famously said declining the conscription.

The tale of Muhammad Ali’s rise to the legendary status that he came to acquire is also the tale of racial struggle in America, and the of the hard-fought victory of the coloured people against racial discrimination. Ali was never just a sportsman ever since he first occupied the center stage in the boxing world. He was a living symbol of anti-racism movement that ensured equality for the African-American community in the United States. The contact sports involving a certain amount of aggression and violence were battlegrounds for racial supremacy. And among such sports, boxing was among the foremost. “Boxing is a lot of white men watching two black men beat each other up,” Ali said once. The surrounding air of racism was unbearable to Ali. “Hating people because of their color is wrong. And it doesn’t matter which color does the hating. It’s just plain wrong,” he said.

Ali, who was still Cassius Clay, when he was led into boxing by a white Louisville police officer, who was also a boxing coach – Joe E. Martin. Martin found a 12-year-old Clay angry at the thief who had just gone away with his bicycle. The kid wanted to “whup” the stealer of his bicycle, and Martin told little Clay that if he really wanted to be able to do that he had to learn boxing first. And that was Clay’s initiation into boxing. For some part of his amateur career, Clay traiend under the legendary cutman, Chuck Bodak. Clay did quite well as an amateur boxer winning six Kentucky Golden Gloves titles, two national Golden Gloves titles, an Amateur Athletic Union National Title together with an Olympic gold at the 1960 Summer Olympics in Rome in Light Heavyweight category. As an  amateur he had 100 wins against just five losses.

Clay returned to Louisville as an Olympic Gold Medalist and won his first professional fight against Tunney Hunsaker, the police chief of Fayetteville, West Virginia, and there was no looking back from there on. Between 1960 and 1963, Clay got into 19 bouts and won all with 15 knockouts.

Clay was soon a top contender for the heavyweight boxing title held by Sonny Liston. However, despite and impressive record, Clay was never considered much of a threat to Liston’s dominance in the heavyweight category. The fight between Clay and Liston was scheduled for February 25, 1964 in Miami, Florida, but got nearly canceled because Clay had been seen moving around in Miami with Malcolm X of The Nation of Islam. At that point of time Malcolm X was a very controversial political figure.

Faversham, the promoter of the fight, demanded an explanation for Clay’s moving around with Malcolm X. Clay did not admit that he was a member of The Nation of Islam, but admitted associating with Malcolm X and protested the idea of canceling the fight. A compromise was reached, according to which Clay had to postpone the announcement of his conversion to Islam until the end of the fight.

Clay kept taunting Liston calling him “the big ugly bear” besides other things, and went a step further to declare that he “float like a butterfly and sting like a bee, your hands can’t hit what your eyes can’t see.” But the odds were still solidly in favour of Liston at 7 to 1.

The boxing match on February 25, 1964 commenced, and during the opening rounds, Clay kept moving fast enough to avoid Liston’s powerful head and body shots. Not only that, he also managed to work his height to his advantage and kept throwing his fast jabs at at Liston, which kept him comfortably ahead of Liston by the time they reached the third round and Liston sustained a under one of his eyes. During the fourth round Liston gained some ground owing to Clay troubled vision. Something had gone into Clay’s eyes, which caused a lot of discomfort. Clay was struggling with the vision and kept moving around to stay out of the reach of Liston’s assaults. By the sixth round Clay’s tears and sweat had washed away whatever had gotten into his eyes and he was looking at finishing the bout. The seventh round did not begin because Liston did not answer the bell citing a shoulder injury. Clay had beaten Liston to become the youngest boxer to take the title from a heavyweight champion at 22 years of age. The record stood until Mike Tyson got it in his name by taking the title from Trevor Berbick on November 22, 1986.

Immediately after defeating Liston in 1964, Clay disclosed his conversion to Islam and revealed that he was a member of the Nation of Islam, which was basically an organization of and for Black Muslims, who were generally referred to as such. On the night of March 6, 1964 the leader of the Nation of Islam, Elijah Muhammad, recorded a statement to be played over the radio declaring that Cassius Clay was to be renamed ‘Muhammad Ali’. Cassius Clay was now ‘Muhammad Ali’, the name he would be world famous by.

In 1964, the African-American Civil Rights Movement (1955–1968) was raging on, the Supreme Court had already handed down its milestone judgment against racial discrimination in Brown v. Board of Education (1954), Martin Luther King, Jr., had already delivered his momentous speech ‘I Have a Dream’. And Clay was Ali, and was ready to fight for his black brethren. The history was being made.

Originally written for and published in LAWYERS UPDATE  in two parts as a part of ‘THE LAW AND THE CELEBRITIES‘ series in February 2012.

MIKE TYSON: “The Baddest Man On The Planet”