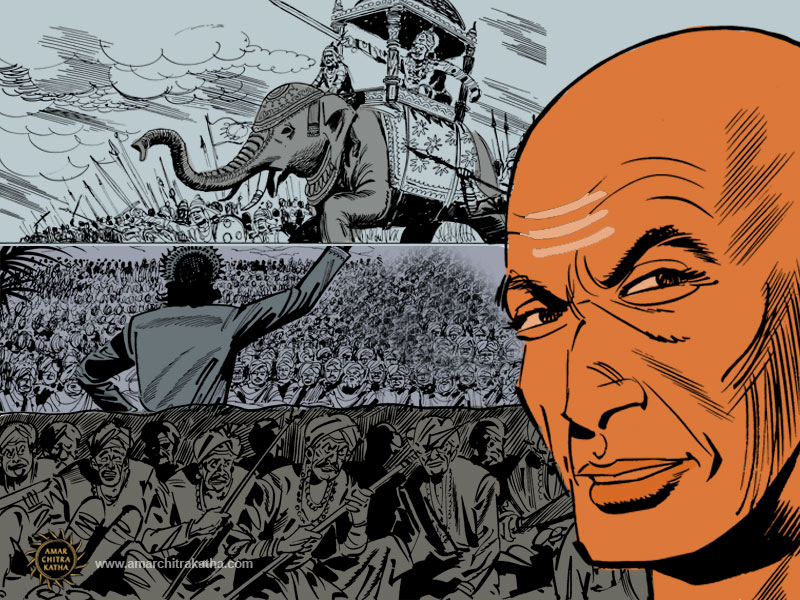 In Kautilya’s scheme of things the King is central. Therefore, it is crucial that the King is naturally capable of retaining power, which is why Kautilya goes to outline the attributes of the ideal King. He says:

Born in a high family, endowed with good fortune, intelligence and spirit, given to seeing elders, pious, truthful in speech, not breaking his promise, grateful, liberal, of energy, not dilatory, with weak neighbouring princes, resolute, not having a mean council (of ministers), desirous of training, – these are the qualities of one easily approachable. [ The Kautilya Arthashastra (1972); R.P. Kangle (trnl.), Part 2, p. 314]

Kautilya believes that the one who is highborn and is endowed with good fortune would not be greedy, and would, therefore, be a dependable reservoir of State power. Also, Kautilya insists on ‘high family’ possibly because he is looking for someone who carries an inherent value system. Those who are born in prosperous families are naturally more inclined to preserve and promote order than those who are born in poor families because they tend to see the ‘good’ in the preservation of order rather than in radical reordering. They might find problems with the prevailing order and may also want to change a few things, but they would still have faith in the foundational value system and its self-corrective mechanism.

It is important to note here that Kautilya’s King, despite being supreme, is not the lawgiver. The law is already laid down, which he has to enforce. He is capable of making laws as and when the need arises, but those laws have to conform to the legal philosophy of the times. The Supreme Law remains static and the fundamental principles have to be adhered to. Therefore, someone who has a strong desire to thoroughly re-do the existent legal and social setup is not a fit candidate for being the King, which is another reason why Kautilya wants someone who does not have a personal reason to be discontent with the social, political and legal structures and institutions in place.

Kautilya’s King must be liked and respected by the masses because that goes a long way in making a kingdom strong and difficult to annex even in the times of weakness and calamity. This position is clear when Kautilya advices his King regarding the most suitable enemy king to march against and conquer. He says:

Naturally, Kautilya would not want his King to be a ruler disliked and despised by the masses.

The one who has the qualities enumerated by Kautilya would quite certainly be a widely appreciated person, whom people would have a natural regard for. This makes him an ideal candidate for being a King.

A good man is worthy of respect and that’s one of the Kautilya’s requirements for his King, but that is not all. His King must be of sound intellectual disposition so as to be able to take well-reasoned decisions. With respect to King’s intellect Kautilya speaks thus:

So, if he were to lead an army and craft a war strategy he would not be completely dependent upon his generals. For sure, he would take the advice of the experts in the field because he is wise enough to know that he must look at the situation from all sides, but he is capable of drawing his own conclusions based on expert advice and opinion.

Furthermore, Kautilya’s King must also have the following personal qualities:

Eloquent, bold, endowed with memory, intellect and strength, exalted, easy to manage, trained in arts, free from vices, able to lead the army, able to requite obligations and injury in the prescribed manner, possessed of a sense of shame, able to take suitable action in calamities and in normal conditions, seeing long and far, attaching prominence to undertakings at the proper place and time and with appropriate human endeavour, able to discriminate between peace and fighting, giving and withholding, and (observance of) conditions and (striking at) the enemy’s weak points, well-guarded, not laughing in an undignified manner, with a glance which is straight and without a frown, devoid of passion, anger, greed, stiffness, fickleness, troublesomeness and slanderousness, sweet in speech, speaking with a smile and with dignity, with conduct conforming to the advice of elders, – these are personal excellences. [ The Kautilya Arthashastra (1972); R.P. Kangle (trnl.), Part 2, p. 314, 315]

The personal qualities in the King are essential to Kautilya. In his conception even if the State is deficient in certain other essentials in the constituent elements, a good king is capable of supplying the deficient, but if he is devoid of personal qualities, he is very likely to lose what he has. Kautilya says:

Then that (king) not endowed with personal qualities, with defective constituent elements, is either killed by the subjects or subjugated by the enemies, even he be ruler up to the four ends of the earth.

But one possessed of personal qualities, though ruling over a small territory, being united with the excellences of the constituent elements, (and) conversant with (the science of) politics, does conquer the entire earth, never loses. [ The Kautilya Arthashastra (1972); R.P. Kangle (trnl.), Part 2, p. 314, 317]

Kautilya’s King is, therefore, a respectable, wise and courageous individual who comes from a well-respected family and conducts himself with absolute dignity. Thus, Kautilya’s King is essentially a doer and not just a thinker.

Originally published as part of Thinkers and Theory series in Lawyers Update in December 2012.