Attired as Brahmins, Lord Krishna, Bhima and Arjuna presented themselves before Jarasandha, who was not mislead by the dressing and could sense that the trio did not look like Brahmins in the least. When he expresses his doubt, Lord Krishna speaks thus:

O king, know us for Snataka Brahmanas. Brahmanas and Kshatriyas and Vaishyas are all, O monarch, competent to observe the vow of Snataka. This vow, besides, hath (many) especial and general rules. A Kshatriya observing this vow with especial rules always achieves prosperity. [ The Mahabharata , Krishna – Dwaipayana Vyasa , translated by Kisari Mohan Ganguli (pub. between 1883 and 1896); Book 2: Sabha Parva, Section XXI]

Having hinted at their being Kshatriyas, Lord Krishna also candidly discloses that they do not consider him a friend. He says:

Kshatriyas again, O king, exhibit their energy by their arms and not in speech. It is, therefore, O son of Vrihadratha, that the speeches uttered by a Kshatriya are never audacious. O monarch, the creator hath planted his own energy in the aim of the Kshatriya. If thou wishest to behold it, thou shalt certainly behold it today. These are the rules of the ordinance, viz., that an enemy’s abode should be entered through a wrong gate and a friend’s abode through the right one. And know, O monarch, that this also is our eternal vow that having entered the foe’s abode for the accomplishment of our purpose, we accept not the worship offered to us! [supra]

Jarasandha is not immediately offended. He is more interested in the reason for the enmity. He expresses his doubt about having harmed any of the three ever. He says:

The mind is pained at the injury to one’s pleasure and morality. That Kshatriya who injures an innocent man’s (sources of) pleasure and morality even if he be otherwise a great warrior and well-versed in all rules of morality, obtains, without any doubt the fate of sinners (hereafter) and falls off from prosperity. The practices of the Kshatriyas are the best of those that are honest in the three worlds. Indeed, those that are acquainted with morality applaud the Kshatriya practices. Adhering to those practices of my order with steady soul, I never injure those that are under me. In bringing this charge, therefore, against me, it appears that ye speak erroneously![supra]

Jarasandha is no ignorant tyrant. He is well versed in the prevailing principles of morality and righteous conduct. However, he seems to have a twisted understanding of those so as to suit his own ambitions. Lord Krishna points out to him that by attacking and keeping captive numerous kings for the purpose of human sacrifice to God Rudra, he has committed a wicked wrong, which is why he could not regard himself as innocent by any stretch of imagination. Lord Krishna speaks thus:

O son of Vrihadratha, this sin committed by thee may touch even us, for as we are virtuous in our practices, we are capable of protecting virtue. The slaughter of human being as sacrifice unto the gods is never seen. Why dost thou, therefore, seek to perform a sacrifice unto God Sankara by slaughtering human beings? Thou art addressing persons belonging to thy own order as animals (fit for sacrifice)! Fool as thou art, who else, O Jarasandha, is capable of behaving in this way? One always obtaineth the fruits of whatever acts one performeth under whatever circumstances. Therefore, desirous as we are of helping all distressed people, we have, for the prosperity of our race, come hither to slay thee, the slaughterer of our relatives. Thou thinkest that there is no man among the Kshatriyas (equal to thee). This, O king, is a great error of judgment on thy part. [supra]

Thereafter, Lord Krishna challenges Jarasandha for a duel. The tyrannous monarch accepts the challenge, but before doing that he insists that he has committed no wrong and has only followed the established principles. He says:

I never make a captive of a king without first vanquishing him. Who hath been kept here that hath not been defeated in war? This, O Krishna, it hath been said, is the duty that should be followed by the Kshatriyas, viz., to bring others under sway by the exhibition of prowess and then to treat them as slaves. Having gathered these monarchs with the intention of offering them as sacrifices unto the god, how shall I, O Krishna, from fear liberate them today, when I recollect also the duty I have recited of a Kshatriya? With troops against troops arrayed in order of battle, or alone against one, or against two, or against three, at the same time or separately, I am ready to fight. [supra]

In his response to Lord Krishna, Jarasandha insists upon the right of every sovereign to extend the boundaries of his territory by annexation of other kingdoms. And since he has defeated the kings he holds captive, he denies being in breach of the principles of righteous conduct applicable to the monarchs.

Interestingly, this is considered to be a natural right of a sovereign to pursue territorial expansion. Of course, it runs counter to the principles of peaceful co-existence, but then it could always be argued that under a more powerful king the masses would have better sense of security and greater chances of prosperity with all round development.

The obvious question in this regard would pertain to the popular will. Would people want to change their identity as people? That’s where the difference lies. The sense of collective identity or the idea of nation does not seem to be existent in those times. Therefore, if a kingdom was conquered by another king, the kingdom would become part of the conqueror’s kingdom. Therefore, if, for the purpose of extension of the territory, a king annexes another kingdom, it is a perfectly legitimate exercise of sovereign power. This is what Jarasandha seems to imply.

However, Lord Krishna is quite clear about the equality of sovereigns. His is a more progressive outlook, and the correct interpretation of the principles of righteousness applicable to the monarchs. It is not open for a king to attack another king for territorial gains alone because a kingdom comprises of human beings and not just land, rivers and trees. Therefore, it is only when the king is tyrant and turns a blind eye to the welfare of his people in mindless pursuit of his own ambitions that another king gets the right to attack the tyrant king’s territory. Furthermore, in case of a tyrant king the popular will has to be against him because otherwise he could not be considered tyrant at all. This is why the annexation of the kingdoms that Jarasandha conquered was illegitimate and so was the incarceration of the defeated kings.

Originally published as part of THINKERS AND THEORY series in LAWYERS UPDATE in December 2013. 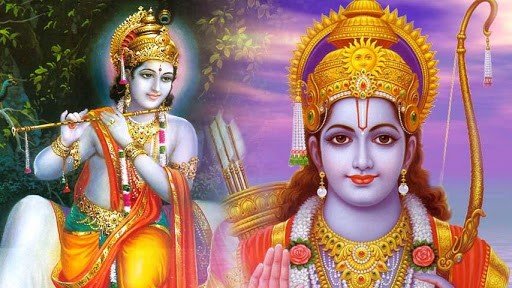