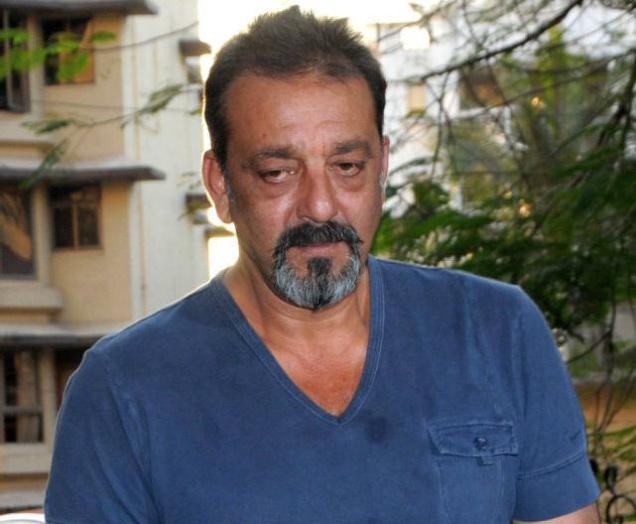 The struggle stories comprising of sleeping-on-the pavement anecdotes are quite common in the film industry – Hollywood or Bollywood – with some of them real, others fake, and among the fakes some are spiced up realities while others are plain lies. Then, there are those fake stories that are tall tales told by the artists themselves whereas there are others that are the thoughtful PR work of the professionals. In most cases it is nearly impossible to easily verify the truth of such tales. But occasionally there is also a story like that of Sanjay Dutt, who had it all served to him in a platter and he diligently went about making his life difficult with his own two hands. And then rescued it with extraordinary grit and determination.

Born on 29th July, 1959 to actors Sunil Dutt and Nargis, Sanjay started his career in films as a child artist in Reshma Aur Shera (1971), starring daddy Dutt, and made his debut in lead role in Rocky (1981). The movie did reasonably well. But Sanjay was in no condition to delight in the success because his beloved mother had fallen victim to cancer just before the release of the film. What made matters worse was that Sanjay had started experimenting with drugs on and off during his college days, and during his mother’s illness, when he found himself lonely and dejected, he found a support system in drug-induced stupor. The death of his mother, Nargis, made things harder for him emotionally and since his father himself was in mourning, he could not offer any real emotional support. The vacuum that Nargis left in Sanjay’s life remained unfilled. Soon enough, the junior Dutt was losing himself in drugs, alcohol and reckless partying.

In the absence of any furthersuccess, Sanjay Dutt’s career was sinking with the expectations riding high, spurred by his being the son of Sunil Dutt and Nargis Dutt, and the press was writing him off. His partying and drug addiction gave him a good deal of bad press. After the moderate success of Rocky, Sanjay did star in Vidhaata, a blockbuster, having grossed the highest on box office in 1982, but with gigantic stalwarts like Dilip Kumar, Shammi Kapoor and Sanjiv Kumar sharing the screen space with the little Dutt, the stupendous success of the film did no good to Sanju’s career.

Bad press, failing movies and the loss of mother that Sanju was struggling to cope with pushed him deeper into drugs, and at this point the senior Dutt stepped in to pull him out of the mess. He sent him to a rehabilitation center in the US from where Sanju returned changed. He had managed to overcome the addiction. But his troubles wereby no means over yet.

But before courting more trouble Sanju did taste sweet success with Mahesh Bhatt’s Naam (1986) and, later, Sadak (1991). In the year 1991 Sanju also starred in another blockbuster – Saajan. Sadak and Saajan firmly established Sanju as a bankable star. But as Sanju was just beginning to start enjoying his success that the misfortune hit again. And once again, there was nobody else to blame but Sanju himself.

In 1993, a series of 13 bomb explosions rocked the economic capital of India, Mumbai, in the wake of the 1992 Hindu-Muslim riots in consequence of the Babri Masjid demolition in Ayodhya. The blasts were masterminded by underworld Don Dawood Ibrahim and executed with the assistance of Tiger Memon. Apparently, Sanju knew some of the members of this notorious underworld gang, and out of sheer fear he asked them to assist him in procuring illegal arms. This led to his arrest under Terrorism and Disruptive Activities (Prevention) Act (TADA) in 1993

He was a high profile prisoner held on the charges of being an accessory to a heinous crime that claimed numerous lives and threatened the unity and integrity of India. Therefore, quick bail was out of question and Sanju had to spend as long as 16 months behind the bars before the Supreme Court granted bail to him. The primary chargesheet was filed against Sanjay Dutt and 188 other accused in November 1993.

Abu Salem, who regularly worked for underworld Don, Dawood Ibrahim, as a transporter of weapons was said to have delivered 9 AK-56 rifles and a few hand grenades to Sanjay Dutt at his residence in Mumbai in January 1993.

Sanjay Dutt admitted to having bought a pistol from Abdul Qayyum Abdul Karim Shaikh in September 1992. Qayyum had sold the pistol to Dutt at the behest of Dawood’s brother, Anees Ibrahim.

On July 31, 2007, Sanjay Dutt was sentenced to six years in prison for illegal possession of three AK-56 rifles, a pistol and ammunition. Dutt reportedly took the defense that he bought the weapons fearing threat to his life in the wake of Mumbai serial bombings in 1993. Judge Pramod Kode rejected the plea. One of the possible reasons for the rejection of Dutt’s plea could be that the Mumbai bombings took place in March 1993 while the weapons were apparently delivered to Dutt in January 1993.

Sanjay Dutt went into appeal against the judgment on August 7, 2007, and was granted interim bail by the Supreme Court on August 20, 2007 for the period of time that the TADA court was to take to make the copy of its judgment available to Dutt. Therefore, after a short while Dutt was back in prison by October 2007. He approached the Supreme Court again, and was granted bail on November 27, 2009. He is currently out on bail with his appeal against the 2007 conviction pending.

Originally written for and published in LAWYERS UPDATE  as a part of ‘THE LAW AND THE CELEBRITIES‘ series in August 2011.