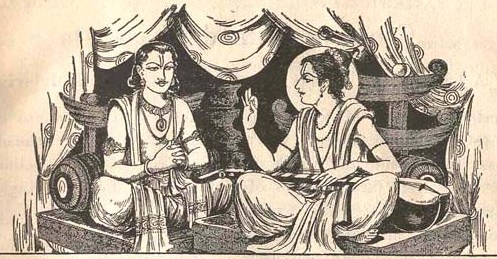 Narad enumerates fourteen possessions of the foe that the king must keep a watch on at all times besides having a good understanding of the strengths and weaknesses of his own kingdom. These fourteen possessions are “the country, forts, cars, elephants, cavalry, foot soldiers, the principal officials of State, the zenana, food supply, computations of the army and income, the religious treatise in force, the accounts of State, the revenue, wine-shops and other secret enemies.”

The assets enumerated above are what constitute the political strength of a State which is why Narad lays emphasis on the king’s paying due attention to these. By keeping a close watch at his own resources and assets the king gains the required understanding of the exact strength of his kingdom at any given time. But strength of a nation or people has to be measured against the strength of its neighbours and enemies to gauge the actual security afforded by its resourcefulness. By keeping a close watch at both his and his enemies’ resources the king gets a good hang of the relative strength of his kingdom.

Narad includes ‘religious treatise’ because religion has always had the capacity to bind or divide people. People who are divided on religious lines are weak and are easy to conquer. Therefore, the king must find out whether religion is his foe’s strength or weakness and prepare oneself accordingly.

Narad also warns the king that he should always be conscious of whether his seven principal officers are performing their duty loyally and to the best of their abilities. The king must take all necessary steps to prevent them from coming under the influence of the enemy or be complacent and slothful in performance of their duties. Narad inquires of Yudhisthira in this regard saying:

O bull of the Bharata race, thy seven principal officers of State ( viz. the governor of the citadel, the commander of forces, the chief judge, the general in interior command, the chief priest, the chief physician, and the chief astrologer), have not, I hope, succumbed to the influence of thy foes, nor have they, I hope, become idle in consequence of the wealth they have earned. They are, I hope, all obedient to thee.

Narad is also quick to point out that there is always a proper time for both peace and war and the king must take the course of war only when the time is right.

The king must ensure that he has able advisors competent to forsee the consequences of picking every one of the available options in a given set of circumstances because in time of crisis a hasty decision is quite likely and can cost dear. Narad, therefore, says: “O Bharata, the victories of kings can be attributed to good counsels. O child, is thy kingdom protected by ministers in Sastras, keeping their counsels close?”

Narad further notes that neither should a decision be taken by the king without seeking advice of those who are well versed in the matter at hand, nor should he take too many opinions because that could be confusing and may result in greater confusion while the purpose of taking advice is to gain clarity. Narad says, “Thou settlest nothing alone, nor takest counsels with many?”

Sage Narad is also very conscious of the fact that food security is paramount for the kingdom to grow stronger because no amount of gold or silver can feed a hungry stomach. Therefore, he advises the king to never ignore the agriculturists and always instill in them the confidence and fearlessness to approach him in times of difficulty without hesitation.

Narad also asks Yudhisthira if he ensures that the measures he wants to be taken are put into course by those who are incorruptible and possess practical experience pertaining to the work they are instructed to do or get done. The reason for this is easy to see. Those who are corruptible would try to make best use of the opportunity for personal gains and would thus end up compromising the intended end. And if inexperienced people are used, the results would not be much different because they would fail to deliver the intended result due to lack of experience.

Narad cautions the king against information leakage of any kind. He is of the opinion that only those measures that have either been already taken or have been put into course should be known to people and not those that are being contemplated. Of course, if the thoughts and discussions of the king become part of public knowledge, it would pose grave danger to the security of the kingdom because it is not hard to imagine how such information could pass on to the enemies of the kingdom, which is why Narad ask Yudhishthira, “O brave king, I hope, people only know the measures already accomplished by thee and those that have been partially accomplished and are awaiting completion, but not those that are only in contemplation and uncommenced?”

Have experienced teachers, capable of explaining the causes of things and learned in the science of morals and every branch of learning, been appointed to instruct the princes and the chiefs of the army? Buyest thou a single learned man by giving in exchange a thousand ignorant individuals? The man that is learned conferreth the greatest benefit in seasons of distress. Are thy forts always filled with treasure, food, weapons, water, engines and instruments, as also with engineers and bowmen?

Narad places utmost value on a fearless minister capable of providing appropriate advice to the king without fear and without the expectation of reward. He says:

Even a single minister that is intelligent, brave, with his passions under complete control, and possessed of wisdom and judgment, is capable of conferring the highest prosperity on a king or a king’s son. I ask thee, therefore, whether there is even one such minister with thee?

Therefore, Narad is conscious of the fact that over-qualification for an office is no less bad than the under-qualification. By indifferent offices Sage Narad seems to be referring to those offices where discretion is not to be exercised by the office-bearer. Thus, those who are simply to execute and not decide must not take upon themselves to decide at their level because that can turn the entire system into a disorderly mechanism incapable of performing its function.

Originally published as part of Thinkers and Theory series in Lawyers Update in March 2013.