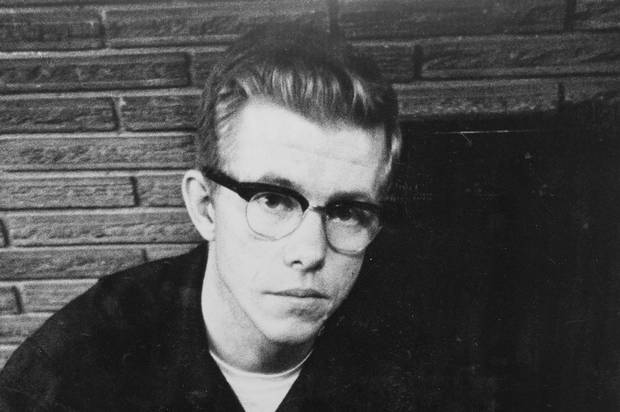 When two off-duty police officers of the Anchorage Police Department, Alaska, decided to spend an afternoon hunting on September 12, 1982 in the Knik River valley, they had not thought in the wildest of their dreams that they would chance upon the remains of an unlikely prey of an unusual hunter. John Daily and Audi Holloway were done hunting as the sun went down and the darkness started taking over. The duo decided to call it a day, and started moving up the Knik River. It was a hard trek, and they were moving at a moderate pace when they found a boot sticking out from the ground. That, by itself, was not such a strange thing. People do discard their worn out boots. But they were police officers and were trained to be curious about even the most remotely suspicious objects. They did a quick examination of the boot and were alarmed when they noticed that it was not just a boot, but there was a decomposed bone joint within the boot. Realizing what they had found, they backed away immediately in order to avoid contaminating the site of evidence.

The two reported the matter to the authorities, and the case was assigned to Sergeant Rollie Port, a well decorated Vietnam Veteran, who was one of the best investigators on the force. Port carefully examined the site of evidence and had the sand around the body sifted in search of further evidence. After hours of sifting, the meticulous approach paid off, and a shell casing of a .233-caliber bullet was found. This kind of ammunition was used in powerful rifles like M-16s, Mini-14s, and AR-15s.

The autopsy performed on the remains revealed that the body was of a female of indeterminable age and the cause of death was three gunshot wounds from .233 bullets. Two weeks later, the police had the identity of the victim. It was the body of 24-year-old Sherry Morrow, a dancer from the Wild Cherry Bar in Anchorage, and had been last seen alive on November 17, 1981 when she was preparing to go to see a man who had promised her a sum of $300 to pose for a few pictures.

The authorities were suspected that Morrow was not the only one killed because there had been a sudden surge in the number of women who had disappeared from the area, and many of those women were topless dancers or prostitutes. The police had not pursued these cases very seriously because prostitutes were prone to wander, disappear and re-appear every now and then. So, even if a prostitute had been gone for years, there was a good chance that she would wander back into the town. But with Morrow’s decomposed remains discovered, the police were looking at the cases of missing prostitutes with suspicion. However, in a public statement the police denied that they suspected a mass murderer on prowl.

The statement notwithstanding, Alaska State Trooper sergeant Lyle Haugsven was assigned the job of determining whether Morrow’s murder was a one-off incident, or there had been others, too. There were two more unsolved cases that appeared related. In one case the construction workers digging near Eklutna Road had found the remains of a woman’s body in a shallow grave. The body had been partly eaten by animals. Since there was not much of the body left to identify the victim, she had not been identified and was referred to as “Eklutna Annie” by the police. That was in 1980. And in the same year, there was another badly decomposed body found, and even she could not be identified then because there was little left of her. Later, she was identified as Joanne Messina, a local topless dancer. There were no leads for the investigators to follow.

With the passage of time the hope of finding any further leads was diminishing, but on June 13, 1983, the police found new hope when a scared and distressed girl, who had handcuffs dangling from one of her wrists, waved down a truck passing through the town. The girl told the truck driver that she was being pursued by a man and requested him to take her to Big Timber Motel. The driver drove her down to the motel, from where the girl, who was a prostitute, called her pimp. While she was still waiting, the driver drove straight down to the Anchorage Police Department and reported the matter to the authorities.

Anchorage Police Officer Gregg Baker promptly arrived at the motel and found the girl sitting alone with the handcuffs still on her wrist. The police officer took the handcuffs off, and inquired about the incident. The girl told that she had been approached by a 40 something man with red hair, who offered her $200 for oral sex. She agreed. But while she was performing the act on him, the man handcuffed her wrists, drew a gun and told her that if she cooperated he would not kill her. She did not have a choice. He drove her down to his house in Muldoon, where he brutally raped her. After resting for a short while, the man told her that he would fly her to his cabin in the mountains and if she did not cause trouble for him, he would set her free later. He brought her to the airport and after shoving her inside the plane, he started loading supplies. The girl realized that she was in some big trouble. So, she pushed open the door with all her might and ran at her fastest to save her life. He chased her, but left her alone when he saw her wave the truck down.

Her formal statement was recorded at the police headquarters, after which she was taken to the Merrill Field, the airport in question. She identified a small blue-and-white Piper Super Cub, tail number N3089Z, as the plane she had been shoved into. The plane belonged to one Robert C. Hansen. She was dropped at the hospital and the police went straight to Hansen’s house at Old Harbor Road. Hansen was outraged at the charges levelled by the girl and said that he had never met the girl. He told the police that his wife and children had gone to Europe on a vacation, and he had spent the whole of the evening with two of his friends. His alibi was endorsed by his friends. So, no charges were pressed against Hansen.

But there was more to come. In September 1983, the partially decomposed body of 17-year-old Paula Golding was found along Knik River. Paula was a topless dancer and prostitute from Anchorage, and had been missing for five months or so. She, like Morrow, had been shot with a .223 bullet. This confirmed that the investigators were pursuing a serial killer. The Anchorage Police Department approached the FBI for assistance, given that the Bureau was known for being very effective and efficient in cracking such cases. FBI sent over the legendary Special Agent John Douglas for assistance. Hansen’s name surfaced again because many of the local investigators had not ruled him out yet. When the information was shared with Douglas, he carefully considered Hansen and his possible motivations.

The investigators decided to double-check his alibi because Douglas felt that his friends were lying to protect Hansen. An intensive interrogation of the friends was conducted and they were warned that if they lied, they could be charged together with the friend they were trying to protect. They cracked and admitted to not being with Hansen on the night the young prostitute was allegedly abducted and raped.

On October 27, 1983, investigators paid a visit to Hansen at work and asked him to accompany them to the police station for questioning. Another group of investigators visited Hansen’s house and plane armed with search warrants. Initial search resulted in discovery of several weapons, but nothing incriminating was found. Hansen was known to be a skilled hunter in the area. So, weapons in his house did not strike as unusual to anyone. However, just when the investigators were about to leave, one of the officers came across a little hiding place in the attic rafters, and there they found a Remington 552 rifle, an aviation map, a Thompson contender 7-mm single-shot pistol, jewelry, a Winchester 12-gauge shotgun, a driver’s license, and various ID cards. Some of these Identity Cards were of the dead women. And then they found a .223-caliber Mini-14 rifle, the clinching evidence.

Hansen was charged with kidnapping, offences related to weapons, assault, theft and insurance fraud for falsely reporting a burglary and claiming the insurance money dishonestly – a crime that came to light during the murder investigation.

Ballistic report came in on November 20, 1983 from the FBI laboratory in Washington D.C. confirming that the shell casings found at the grave sites were of the bullets fired from Hansen’s rifle. With the amount of evidence piled against Hansen, it was clear to him that he was not getting away with it. So, he struck a plea bargain with the DA’s office, according to which he was to be charged with the four cases that the investigators knew of and he could also serve his sentence in a federal facility instead of maximum-security prison in exchange of a full confession.

Once the plea bargain was signed, Hansen revealed that after he got his victim under control, he would fly her to his cabin in the woods, would rape and torture her, after which he would set her free in the forest only to hunt her down with a knife or the high-powered rifle like a wild animal. Hansen told that it was much like “going after a trophy Dall sheep or a grizzly bear”.

Hansen pled guilty to four counts of murder on February 18, 1984, as agreed, and on February 27, 1984, Superior Court Judge Ralph E. Moody sentenced him to 461 years in prison plus life without chance of parole. Four years later, in 1988, Hansen was sent back as an inmate to Alaska’s Spring Creek Correctional Center in Seward, where he presently is.

Originally written for and published in LAWYERS UPDATE  as ‘Crime File’ in March 2014.

GARY HEIDNIK – I: The Chamber of Death

GARY HEIDNIK – I: The Chamber of Death