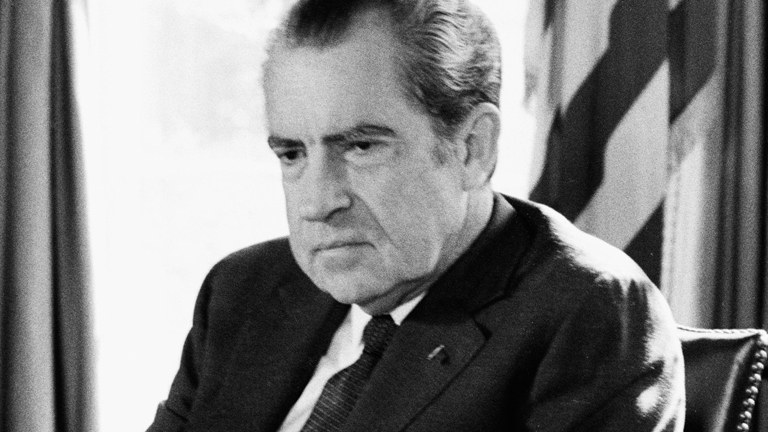 Impeachment of the constitutional authorities is a cumbersome process all over the world, and it has been made difficult so that the possibility of impeachment does not prevent or discourage the authorities from taking strong or largely unpopular measures in long-term public interest. Not only can the constitutional authorities not be impeached easily, but also cannot be impeached on the expressly stated grounds. While in India, no President has ever been impeached, nor have the proceedings for impeachment been initiated against any President. However, impeachment proceedings against two sitting judges of the higher judiciary were initiated, but did not result in the removal from office. United States’ history with impeachments is not too different from India’s despite the fact that United States declared its independence from the British rule in 1776 while India found liberation from the colonial clutches no sooner than 1947.

It has been on three occasions that Impeachment of a US President was attempted. First was Andrew Johnson (1868), and the last, Bill Clinton (1999). Both the attempts failed to remove the Presidents concerned from office. The closest come to Impeachment was Richard Nixon, who resigned in face of an almost certain Impeachment over one of the most talked-about political scandals – the Watergate Scandal.

Nixon was re-elected for a second term as the US President on November 7, 1972, and the Watergate Scandal happened soon after because the seeds of the scandals had been sown in June 1972 itself when five men were caught stealing into the headquarters of the Democratic Party located at the Watergate complex in Washington, D.C.

The Washington Post pursued the story relentlessly relying on an informant known as ‘Deep Throat’, who later turned out to be Mark Felt, who was the Associate Director at the FBI.

The five men caught were attempting what is now called Nixon administration’s ‘dirty tricks’, which involved bugging the offices of Nixon’s political opponents and of those officials who Nixon was suspicious of, and other such clandestine and generally illegal activities. Nixon and his associates used governmental agencies like the FBI, the CIA and the Internal Revenue Service to harass activist groups and political figures in order to prevent them from making any politically harmful noises against Nixon.

When the Scandal broke out, Nixon tried to downplay the issue by branding it as just politics and said that the news items were biased and misleading. However, the story could not be suppressed and further revelations made it plain that the Nixon administration was neck deep in the muck. Nixon’s aides had indeed gone too far in their attempts to sabotage the Democrats.

Alexander Butterfield, a White House aide, testified in July 1973, that Nixon had a secret taping system in the Oval Office to record his conversations and phone calls. These tapes could be very useful in revealing and conclusively establishing the extent of President Nixon’s personal involvement in the ‘dirty tricks’. Therefore, Watergate Special Counsel, Archibald Cox, chose to subpoena the tapes. However, Nixon promptly refused to part with the tapes arguing Executive Privilege. This brought the White House and the Special Counsel Cox at loggerheads resulting in Nixon’s removing Cox from office and replacing him by Leon Jaworski. Nixon had so far maintained his innocence. In November 1973, Nixon’s lawyers said that the taped conversations had a eighteen and half (18 1/2) minutes gap, which was explained as an accidental wiping of data by Rose Mary Woods, President’s personal secretary, while she was transcribing the tape. Woods admitted to the accidental deletion. The gap did not conclusively prove President’s guilt, but made his claim to innocence suspect.

Support for Nixon within his own party was receding at an alarming rate, but he doggedly refused to back down and asserted that he might have made mistakes but did not have any knowledge of burglary at the Watergate, had taken no liberties with the laws and was completely unaware of the ‘cover-up’ at any point of time before 1973. “People have got to know whether or not their President is a crook. Well, I’m not a crook. I’ve earned everything I’ve got,” asserted President Nixon emphatically in a televised session with the press.

The tapes remained the centre of the legal battle that was ferociously fought through a good part of 1974 with Nixon agreeing in April 1974 to release a transcript running into 1200 pages of the White House conversations between him and his aides. However, the tapes were still not released. It pleased none. The House Judiciary Committee initiated impeachment hearing against Nixon on May 9, 1974. The charges against Nixon included Obstruction of Justice, Abuse of Power and Contempt of Congress. The charge of Contempt of Congress was slapped on account of Nixon’s releasing only edited transcripts of the conversation of the tape and not the tapes. Another blow came when on July 24, 1974, the Supreme Court held unanimously that full tapes had to be released and edited typescripts alone would not do.

And with this the ‘Smoking Gun Tape’ was out. It was the tape of the conversation between Nixon and his associates recorded soon after the Watergate burglary, and was proof that Nixon had been told about the connection between the burglary and the White House. Therefore, Nixon was very well aware of the cover-up contrary to his claims. In face of undeniable evidence, Nixon owned up to having misled the nation. Nixon’s fate was sealed right then.

He met Republican Congressional leaders to gauge the gravity of the situation and was told that he was almost certain to be impeached with a mere 15 senators willing to vote for his acquittal, which was a number well short of the 34 he needed to ward off removal from office.

Nixon had no option, but to resign, which he did on August 9, 1974. In his resignation speech, which was televised and broadcast live and was delivered from the Oval Office he said that he was resigning in national interest. He said:

Sometimes I have succeeded and sometimes I have failed, but always I have taken heart from what Theodore Roosevelt once said about the man in the arena, “whose face is marred by dust and sweat and blood, who strives valiantly, who errs and comes up short again and again because there is not effort without error and shortcoming, but who does actually strive to do the deed, who knows the great enthusiasms, the great devotions, who spends himself in a worthy cause, who at the best knows in the end the triumphs of high achievements and who at the worst, if he fails, at least fails while daring greatly.

Thus, while bowing out Nixon steered clear of admitting any wrong-doing whatsoever.

Originally written for and published in LAWYERS UPDATE  as a part of ‘THE LAW AND THE CELEBRITIES‘ series in December 2011.

MIKE TYSON: “The Baddest Man On The Planet”

MIKE TYSON: "The Baddest Man On The Planet"