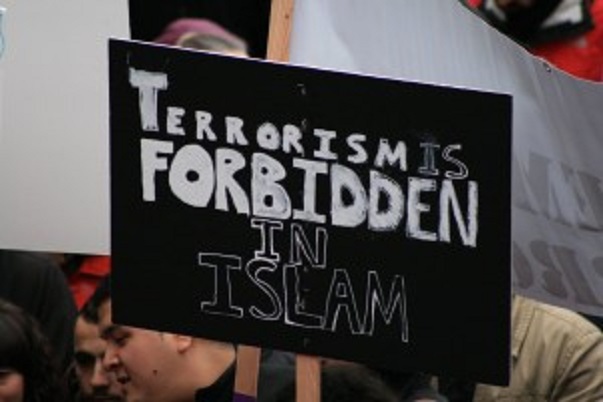 With Kasab’s judicially mandated death, if and when it takes place, we would finally have the satisfaction of having buried another drying leaf of the carnivorous forest of terrorism. Of course, none of us is naïve enough to believe that the forest would even do as much as spend a moment in silence at the burial. It’s business as usual. But the newly planted saplings would continue to draw nourishment from the remains in the soil. That’s how this whole self-fueling machinery of terrorism works, and we somehow end up contributing to it one way or the other.

Using indiscriminate violence as a means to hold out a credible threat to pressurize people as a collective to do or abstain from doing something that they otherwise would not, is how terrorism may be loosely defined or understood. Use of violence or of illegitimate threat is against the law regardless of the legal system in question because peace, order and sense of security are the primary reasons for which state comes into existence and on which the justification for the enactment of laws rests. This is why every act of terrorism violates the law and gives rise to culpability culminating in punishment.

Interestingly, to counter violence and threat of violence, the state uses violence at times and subtle threats of greater violence all the time. This is the paradox that lies at the very heart of our struggle against the carcinogenicity of terrorism. Punishing terrorists howsoever severely does little against the acceptability of terrorism as a viable political tool, and that is because it uses the same operative component that the state uses to enforce laws – violence and the underlying threat of violence. The only difference is that the state uses legitimate violence against those who tend to disturb peace and order, but this legitimacy stems from the protection it affords to a large number of people, who back the use of violence because it – quite ironically – serves peaceful ends.

It follows that violence is legitimate when used to protect people and promote or achieve peace and order, or is used to further a cause that a good number of people consider worth pursuing.

Therefore, it is possible to hold that violence itself is politically and legally neutral. It derives its legitimacy from the ends it seeks to meet. This is where the distinction between a criminal and a terrorist emerges. While an ordinary criminal uses violence to further his personal cause or the cause of his criminal group, a terrorist indulges in violence for purposes other than personal gain. Personal gain simply means the benefit intended for those directly or indirectly involved in the act. If the act is aimed at a goal in which people other than the doers of the act are also interested or are intended to be benefited, the nature and character of the violent act changes. A criminal has absolutely no altruistic justification whereas a terrorist has, howsoever flimsy or absurd.

Terror is a useful tool even for the criminals. Most of the organized crime across the world operates through instilling fear in the hearts of the masses, which, in turn benefits the criminals and protects them against law enforcement machinery of the state. The acts of violence in case of organized crime and certain other kinds of crime are also intended to induce terror, but criminals involved in such activities are not referred to as ‘terrorists’. Therefore, ‘intention to cause terror’ alone is not enough.

There are two distinctive features of terrorism. One, the use of violence or threat of violence; and, two, such justification for the use of violent means that travels beyond the personal interests of the immediate perpetrators and centers around a set of political, social, economic or ideological aspirations.

These two factors are elemental in the very conception of the state, which is the reason why the state finds it difficult to suppress terrorism on its own ground. The state finds itself pitched against an enemy the major part of whose core is similar to its own.

Therefore, terrorism is not a law and order problem, but is a twisted political complexity, which is primarily why criminal law is ineffective in dealing with terrorism though it can deal with the terrorists perfectly well.

Law punishes the terrorist for terrorist activities, but that has no effect on terrorism itself because terrorists indulge in terrorism not for the sake of terrorism itself, but for some other reasons. The solution has to be political in nature because it has to necessarily involve a dialogue of some kind whereas law on account of its very nature does not admit of any dialogue or engagement. One has to follow the law or be condemned.

Despite decades of multi-level engagement with terrorism of the kind we see today, there is no agreement on the definition of terrorism though there are over hundred definitions available to pick from. The consensus runs as thin as to force terrorism expert Walter Laqueur to conclude that the “only general characteristic generally agreed upon is that terrorism involves violence and the threat of violence.”

Criminal acts intended or calculated to provoke a state of terror in the general public, a group of persons or particular persons for political purposes are in any circumstance unjustifiable, whatever the considerations of a political, philosophical, ideological, racial, ethnic, religious or any other nature that may be invoked to justify them.

The definition starts with the expression ‘criminal acts’, thereby legitimizing prohibition by the state through declaration, and also takes away the justification part in totality so as to reject all grounds for resistance at the very outset.

However, fashioning such definitions is nothing but finding ways to legitimize the use superior brute force against the terrorists, which can always be looked upon and described as yet another attempt at institutionalized persecution.

While the brand of terrorism that finds its breeding ground in social, economic and political ideologies arising from mass dissatisfaction with the prevailing conditions might be easier to deal with through composite dialogue and by making changes in the approach to the region and people in question, jihadist terrorism is a much harder nut to crack because of the strong religious and cultural bedrock it stands upon and derives its force from.

Jihadist terrorism is currently the most prominent and relentless variety of terrorism, against which the intelligence and law enforcement agencies in the western countries spend most of their time and resources upon. Unlike other kinds of terrorism, jihadist terrorism is not open to negotiations because it is not a movement to achieve some political mileage or to gain greater autonomy of any kind.

The fundamental mistake that we seem to have made is to club together jihadist terrorism with other kinds of terrorism that generally have social, economic or political roots. This is not to say that jihadis do not have a political, economic or social ideologies, but those ideologies are aligned with their religious practices. Therefore, the foundation is provided by religion, which happens to be a matter of faith and for that reason religious convictions are not open to debates and discussions. The line between right and wrong is clearly laid and set in stone.

Therefore, force is the last thing that is likely to work against jihadist terrorism because the jihadists do not recognize anybody’s right to punish them except in accordance with the Islamic body of laws, and by Islamic institutions meant for law enforcement and adjudication. They swear allegiance only to the sovereignty and governance of Allah, and do not approve of any way of life other than Islamic. This translates into a no-negotiation position with no room for concessions of any kind. It is this hard-line approach that is at the very center of jihadist terrorism and would almost certainly cause its decline provided we do not keep fueling and fanning it on by matching obduracy of our own. Therefore, we must fight tooth and nail the temptation to respond with equal rigidity and brutality because it can only add fuel to fire, and end up being counterproductive.

The most viable strategy to fight jihadist terrorism is to alienate the support pockets they tap on. These pockets are not their creation but ours. The war against terrorism can only be won through fairness, compassion and by keeping our moral high-ground at all times. Liberal democracies around the globe are founded on the principles of justice, liberty and equality. Any deviation from these principles would put us in the same league as the fundamentalists and we would start losing our war against terrorism from there on.

The real war against jihadist terrorism is not to be fought in Afghanistan or Iraq or in any other battlefield, but right here at home. We need to fight the tendency to look upon the members of a certain community as the ‘other’, or worse, as the ‘enemy’.

Jihadist terrorism carries the seeds of its own destruction – intolerance and hatred for the ‘other’. These two tendencies run counter to the Islamic worldview as much as to the non-Islamic one. All we need to do is stick to our own liberal principles and consider everyone innocent until proven guilty regardless of his or her religious identity or ideological leanings.

In our fight against jihadist terrorism, we just cannot afford to lose patience, no matter what else we lose. The world has to brace up for the inevitable damage because this war will be won by the one who stands longer and not the one who fights harder.