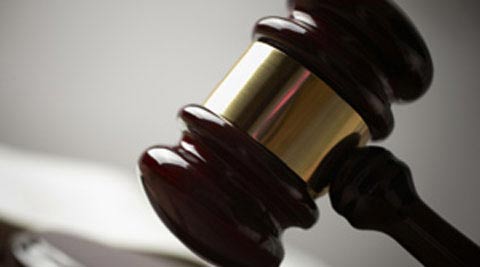 And there I was – an undergraduate teenager – amidst a group of 6 or 7 Civil Services aspirants, around 5 of which aspired for PCS (Judicial). Mishra Bhaiya was among the senior-most in the group, my senior by 8 or 9 years. We three – I, Mishra Bhaiya and Pushpendra Bhaisaab – shared a flat. The others also lived in close vicinity.

Being amidst so many elders could be scary, but somehow none of them thought I needed any disciplining. And soon enough I was the naughty little kid who treated all elder brothers alike. So, none was spared, be it the daily treat of tea and samosas at the roadside stalls, or watching movies.

It was this happy bunch of people who came from well-to-do families, sported Raybans, rode bikes and wore expensive clothes and went to the movies though not very often. Of course, they studied, too, but that was no match for Mishra Bhaiya’s 9 to 10 hours of rigorous studies everyday without fail. He simply refused to be distracted by anything around him. Up at six in the morning, he would be found at his study desk by seven irrespective of the season. By starting early he ensured that the unavoidable worldly intrusions and distractions made no difference to the productivity of the first half of his workday.

The second half of the day moved slower with more than a few interruptions including the lunch break and the tea break. If the day interruptions got longer, he would stay up late and make up for the lost time. Unlike others, he made sure that the wasted time was taken care of immediately.

But since he was not a night person, staying up late was a problem. And I was the problem-solver, as I was never an early-to-bed fellow and stayed up late anyway. So, I made tea for us and kept him company during his late night study sessions. Now, if too much time was lost during the day, he could miss dinner and count on me for not allowing hunger to interfere with his studies. Soon, he realized that late nights were as peaceful as early mornings, and the cups of tea that I so happily made could effectively put sleep down making late night study sessions more productive. Understanding is more about concentration than the time spent with the material, and short breaks, so long as they do not involve straying too far away, help concentrating better. Passive engagement with the material is the key.

Our late night discussions on the terrace over cups of tea between chunky breaks of study revolved around a number of serious and non-serious issues, and I found that it was not only possible but also desirable to talk of serious issues in unserious terms and vice versa.

Those long, attentive study hours gave Mishra Bhaiya amazing clarity and depth of understanding of law and legal concepts. But what was even more amazing, as my late night discussions with him revealed, that he was not just studying, understanding and memorizing, but was also actively thinking. He had a noisy mind under the calm, composed and passive exterior.

With an admirable command of Hindi, he was impressively articulate with a tendency to choose words very carefully so as to avoid needless explanations and unnecessary riders. On serious issues, he always spoke in well formulated, full sentences that could easily be reproduced in writing without change. He argued his point in measured tone without raising his voice even in the face of sharp opposition. Passionate arguments often met a dispassionate, well thought-out and purely rational responses with little hint of emotions. So, Mishra Bhaiya was often looked upon as a man of dry rationale with no trace of emotions, which was far from the truth. He was a deeply emotional human being. Dispassion is not absence of passion but concentration of it. He did not squander passion, but cultivated it. There were things that could move him to tears. When I came to Delhi after graduating while he struggled to succeed and wrote to him, I got the reply over a month later. He later told me when he came to Delhi for an interview that he tried writing back a number of times but was moved to tears in the process and had to abandon writing every single time he tried.

The response that he could finally manage to write and send is around eight pages of near-literary prose in chaste Hindi, lucid and unmistakably emotional with no attempt at suppressing the thick sentimental streak. The letter fondly and nostalgically talked of the past, but it also painted a bleak picture of the present. With no success after having put in years of hard work, he was very disappointed.

But that changed when the UPSC called him for an interview to Delhi, and he was appointed Assistant Public Prosecutor attached to Delhi Police. A year later, he managed to qualify PCS (Judicial) for, not one, but three states – Uttar Pradesh, Madhya Pradesh and Rajasthan. He is now a Civil Judge in Rajasthan. And I am happy for him. After all, it was a hard fought battle of over eight years for Mishra Bhaiya, now, Judge Bal Krishna Mishra.

*Part two of the two-part piece.