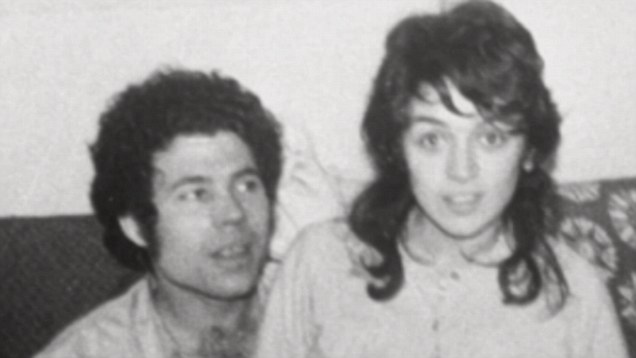 Even the children in the house knew that Rose was a prostitute and Anna was being sexually expoilted by her own father, and when Anna moved in with her boyfriend, Fred’s sexual attention moved to Heather and Mae. Heather put up a fight against her father’s advances and was regularly beaten up for it.

Rose gave birth to Berry, Fred’s second son, in June of 1980, and then gave birth to Rosemary Junior, who was not Fred’s daughter, in April 1982, and then again in July 1983 Rose delivered another baby girl named Lucyanna, who was half-black, and was obviously not Fred’s.

In 1986, Heather could not stop herself from telling her girlfriend about his father’s advances towards her. The girlfriend told her parents, who, being friends with the Wests, conveyed it to Fred and Rose. Soon after, Heather was dead, dismembered and buried in the rear garden.

It was not just the lodgers in the house that were financially supporting the lifestyle of Fred and Rose. Rose’s prostitution was paying some of their bills, too. Fred and Rose advertized in certain special magazines to expand their clientele and they were not too doing too badly on that front. The duo also looked for women who would participate with them in their sexual experimentation and prostitute herself under the direction and control of Rose. Katherine Halliday was one of those women who willingly associated with the Wests. However, she somehow got uncomfortable with West household and chose to walk away. Had she not walked away early enough, she could have landed with the dead buried somewhere.

Fred and Rose had continued for long, and there had been a few of their victims that had not been killed and buried. One of them was a very young girl, who had been raped by Fred with Rose’s assistance. She disclosed her ordeal with the couple to a friend of hers, who reported the matter to the police, and the investigation was handed over to Detective Constable Hazel Savage. Savage was persistent officer, and was familiar with Fred from the time he was with Rena. She had also heard of Fred’s sexual perversions from Rena herself. So, Fred and his deviant ways held no surprise for Savage.

Armed with a search warrant, Savage arrived at 25 Cromwell Street on August 6, 1992. They were looking for pornography and anything that indicated child abuse. Pornography, they found loads of, and also other such evidence that was enough to arrest Fred for rape and sodomy of a minor and to apprehend Rose for assisting Fred in the offense.

Savage started talking to the family members and friends of Fred and Rose West to ensure that there was not more to the story than what they had already discovered. There was a lot more. And Savage was left in no doubt about it when Anna Marie related her ordeal and what she knew of the goings-on in 25 Cromwell Street. Savage had sufficient evidence to proceed against the Wests in the child abuse case. But she needed to probe the disappearance of Heather, Charmaine and Rena.

Younger children were taken from Rose and were placed under the care of the government. With Fred in prison and the police gathering evidence against her and Fred, a depressed Rose attempted suicide by consuming sleeping pills. Her son, Stephen, found her well in time, and she was saved. However, Fred’s luck stood by him when two of the key witnesses did not testify against the Wests, and the case against them failed to hold. But Detective Savage was not done with it yet. The disappearance of Heather was doggedly probed. When all avenues were exhausted, there was only one conclusion that Savage could arrive at – that Heather was dead and buried under the patio, as the rumours had it. The police could manage to obtain a warrant to search the house and dig up the garden in search of evidence. But to dig a fifty-by-sixty-feet garden was no easy task. It was to prove expensive and was to attract a great deal of media attention. But Fred himself came to the rescue of the police when he confessed to killing his daughter at the time when the bones belonging to someone other than Heather were found during the initial digging.

In the meanwhile, Fred had been released because the police did not have enough evidence to keep him behind the bars. But the police as well as Fred and Rose knew it well that once the digging had begun, it was just a matter of time. Then the remains of two dismembered bodies were found, and the police also got to know of the disappearance of Shirley Robinson, and the ambit of the inquiry was widened. Fred was formally charged with the murder of Shirley, Heather and another unidentified woman.

For the reasons best known to Fred, he confessed to killing, dismembering and burying girls and women in the cellar, but denied raping them and also denied that Rose has any part to play in those murders. Nine sets of bones were finally discovered, and the police had a hard time identifying as to who all did these bones belong. Fred could not help either because he did not really remember the details of many of the women that he had picked, and did not exactly recall as to who was buried where. So, identifying the victims was left to the police.

When Fred started cooperating with the police, Rose started distancing herself from Fred as well as from the murders. She started projecting herself as the victim of a gruesome killer. Quite obviously, her story had few takers. Fred continued to cooperate with the police, and the bodies of Anna McFall, Rena and Charmaine were found. But after that he put his foot down and stopped cooperating with the police when they were looking for Mary Bashtholm. Therefore, her body was never discovered. When, at a joint meeting, Fred tried to console Rose, she spurned his attempt telling the police that Fred made her sick. Fred was heartbroken by such rude rejection at the hands of Rose.

He was charged with twelve murders on December 13, 1994. On January 1, 1995, Fred committed suicide by hanging himself with the bedsheets at Winson Green Prison in Birmingham.

There was little direct evidence against Rose, but the prosecution pressed charges and attempted to build a tight case by closely knitting together the circumstantial evidence available against her. A good number of testimonies were led, including the testimonies of Caroline Owens, Miss A, and Anna Marie, and all of them talked of Rose’s sadistic sexual assaults, but it was quickly pointed out by the defense team that the evidence of sexual assault was not the same thing as the evidence of murder. But the defense made the strategic error of putting Rose on stand.

Her defiant way of responding to the questions put her did not earn her any friends in the jury, and the prosecution played upon her temper to get angry, damning responses from her. By the time her testimony was over, the jury firmly believed that she was a complete liar.

The defense team played the recordings of Fred’s confessions in which he had described how he killed and dismembered the bodies while Rose was not at home. But that did not work either because it was found that Fred was lying about certain significant issues, which made his recorded testimony suspect and unworthy of credence.

Janet Leach, who the “appropriate adult” (witness) to Fred West’s police interviews, testified that Fred had privately told her both he and Rose had committed the murders, and that Rose had Charmaine and Shirley Robinson without any assistance from him because he was away, but he was taking entire blame on himself, for that was his promise to Rose. This confession had stressed Janet so much that she had suffered a stroke, and it was only after Fred’s demise that she thought she could disclose what he had told her in confidence. Immediately after the testimony in the court, Janet collapsed and was taken to the hospital.

The jury did not take much time in finding Rose guilty of the murders of Charmaine, Heather, Robinson and the other seven girls buried in the house. For each of the ten counts of murder, Rose was sentenced to life imprisonment with a recommendation that she be never released. The recommendation was accepted by the then Home Secretary Jack Straw.

Some four years after Rose was convicted and sentenced, it was reported by BBC News Online that Fred’s son, Stephen, had disclosed to the authorities that he was of the opinion that her father killed the 15-year-old Mary Bastholm. He also told that during one of his visits to his father in prison in December 1994, his father had said to him that the body of his other victims would never be found, and when he asked specifically about Mary, Fred said that he would never tell anybody where she was. True to his word, he never told, which is why Mary’s body was never found.

25 Cromwell Street was demolished in October 1996 together with the adjoining building and a landscape pathway was constructed in its place. Every single brick was crushed and no remnant of the house was allowed to survive to prevent people from keeping any of it as souvenir.

Originally written for and published in LAWYERS UPDATE  as a three-part ‘Crime File’ in September 2014.