ARUNDHATI ROY: Contemner Beyond Doubt – I 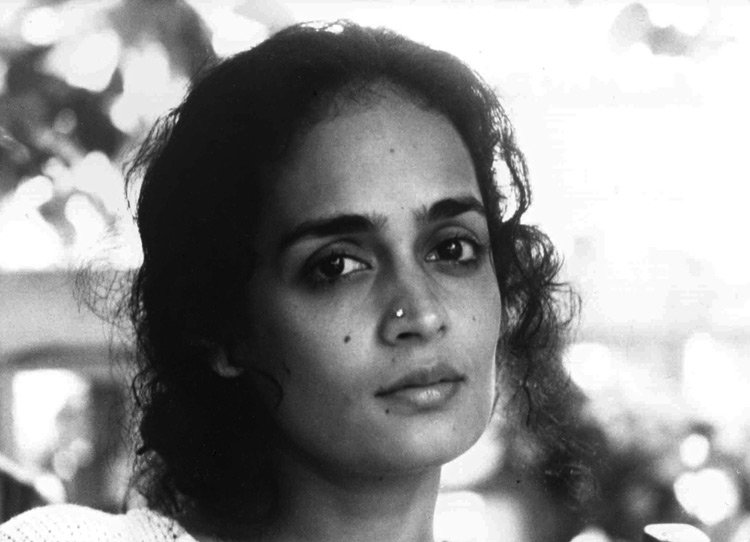 Arundhati Roy, born on November 24, 1961, shot to fame when she won one of the most prestigious literary awards in the world, the Booker Prize in 1997 for her debut novel, The God of Small Things. Although the Booker Prize awarded to Ms. Roy was hugely celebrated, the events that followed brought her to the forefront of public debates in a much bigger way than any prize could have.

After the book and the Booker, she turned into a social activist, and was most noted for her spirited protests against the Sardar Sarovar Dam and lending her voice and pen to the Narmada Bachao Andolan (NBA). She, along with Medha Patkar, has been at the forefront of the agitation against the Sardar Sarovar Dam, which is a gravity dam on the Narmada River near Navagam, Gujarat. It is the largest dam being built as part of the Narmada Valley Project with a proposed final height of 163 m (535 ft) from the foundation and the capacity to irrigate over 18,000 km 2 (6,900 sq miles). Major parts of the land it is proposed to irrigate lies in the drought prone areas of Kutch and Saurashtra.

However, the NBA activists, including Arundhati Roy, find the benefits of the dam highly questionable in both motive and consequences. Arundhati Roy wrote passionate anti-dam essay titled ‘The Greater Common Good ‘, which was later reproduced in her collection of essays – The Cost of Living . Ms. Roy attacked the dam saying:

Big Dams are to a Nation’s ‘Development’ what Nuclear Bombs are to its Military Arsenal. They’re both weapons of mass destruction. They’re both weapons Governments use to control their own people. Both Twentieth Century emblems that mark a point in time when human intelligence has outstripped its own instinct for survival. They’re both malignant indications of civilisation turning upon itself. They represent the severing of the link, not just the link – the understanding – between human beings and the planet they live on. They scramble the intelligence that connects eggs to hens, milk to cows, food to forests, water to rivers, air to life and the earth to human existence.

Parts of the essay talked about – in a rather critical tone – the earlier Supreme Court judgment in a Writ Petition filed by NBA in 1994 (Writ Petition No.319 of 1994). The Supreme Court has, by the said judgment, allowed raising the height of the dam having found no illegality in it. Two of the three judges of the Supreme Court, who were part of the three-judge Bench that ruled in the case, felt that Ms. Roy’s comments constituted,prima facie , a misrepresentation of the court proceedings. The Court was displeased with the remarks and said as much. “We are unhappy at the way the leaders of the NBA and Ms. Arundhati Roy have attempted to undermine the dignity of the Court. We expected better behaviour from them,” the Court observed.

However, the Apex Court refused to initiate contempt proceedings and dropped the issue declaring:

After giving this matter our thoughtful consideration and keeping in view the importance of the issue of resettlement and rehabilitation of the PAFs, which we have been monitoring for the last five years, we are not inclined to initiate proceedings against the petitioner, its leaders or Ms. Arundhati Roy. We are of the opinion, in the larger interest of the issues pending before us, that we need not pursue the matter any further. [1999 (8) SCC 308]

However, Ms. Roy did not intend to stop at that, and together with Medha Patkar, she led a large crowd to the gates of the Supreme Court on December 20, 2000 and staged a Dharna allegedly shouting “abusive slogans against the court including slogans ascribing lack of integrity and dishonesty” to the Supreme Court. A contempt petition was filed against Ms. Roy, Medha Patkar and another fellow protester. All three respondents filed affidavits admitting staging Dharna in protest of the Supreme Court judgment but denied having shouted slogans as alleged. The Supreme Court did not initiate a fact-finding inquiry and chose to drop the proceedings against all three in that matter. However, portions of the affidavit filed by Arundhati Roy were found clearly contemptuous resulting in a suo motu initiation of contempt proceedings by the Supreme Court.

Ideally, having denied the accusations, Ms. Roy should have stopped because her response was already complete at that. However, she needlessly went further to state:

On the grounds that judges of the Supreme Court were too busy, the Chief Justice of India refused to allow a sitting judge to head the judicial enquiry into the Tehelka scandal, even though it involves matters of national security and corruption in the highest places.

Yet when it comes to an absurd, despicable, entirely unsubstantiated petition in which all the three respondents happen to be people who have publicly – though in markedly different ways – questioned the policies of the government and severely criticized a recent judgment of the Supreme Court, the Court displays a disturbing willingness to issue notice.

It indicates a disquieting inclination on the part of the Court to silence criticism and muzzle dissent, to harass and intimidate those who disagree with it. By entertaining a petition based on an FIR that even a local police station does not see fit to act upon, the Supreme Court is doing its own reputation and credibility considerable harm.

Interestingly, Ms. Roy calls the petition “absurd” and “entirely unsubstantiated” after admitting to being part of the alleged Dharna and shouting slogans as alleged. All that she and other respondents denied having done was shout certain kinds (“abusive slogans”) of slogans, and the truth of their averment was never probed because the Court chose to trust their word on oath. When the allegations denied were far fewer than those admitted, how was the petition “unsubstantiated”, let alone “entirely unsubstantiated”.

The Arundhati Roy case is perhaps the most educative case under the law of the Criminal Contempt of Court because it makes it crystal clear as to what the law of Contempt is, why it is there, how it operates and in what circumstances does the court have no choice but to punish the offender no matter how much it desires to let go of the matter.

Originally written for and published in LAWYERS UPDATE  in two parts as a part of ‘THE LAW AND THE CELEBRITIES‘ series in October 2012.