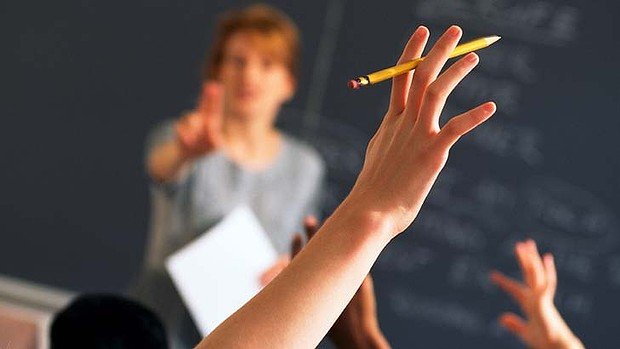 “Sir, some of the students ask useless questions and waste time.” “Sir, it was difficult to follow.” These are some of the statements that I invariably get to hear after my first lecture to nearly every batch. Of course, there have been many who found the first lecture ‘very interesting’ and ‘very different’. And then, there have also been students who felt that nothing ‘useful’ was taught in the first class. By the time the second class is over, the ‘utility’ and also the relevance of the complex and seemingly directionless first lecture starts sinking in. I am almost always amused by the simplicity of the reason behind this general bewilderment.

Also, it is very noticeable that the graduate students are more puzzled and far, far less excited by this ‘different method’ than the lot that has freshly stepped out of school. And the reason for this bewilderment and its uneven distribution between younger and older law aspirants springs from one and the same source – the education culture we are exposed to.

Our education system right from the school level makes the students see teachers not as ‘guides’, ‘polishers of talent’ or ‘shapers of ability’, but as ‘problem solvers’, ‘information databases’ and ‘searchable repositories of knowledge’.

Therefore, the utility of a lecture is determined by the amount of information disseminated and noted down with or without having gone through the process of understanding any more than absolutely necessary for a useful transcription. Education is thus seen as accumulation of information through memorization, and the examinations are looked upon as primarily the test of retention and the exactitude of reproduction.

So, when our students suddenly find themselves presented with a method that requires attention, engagement and participation, they respond with an odd mixture of astonishment and suspicion, for they have the feeling of having set their foot on a seemingly untested ground. Younger students find the novel method exciting and adventurous, whereas older students, being more result oriented and having spent a longer period of time with the conventional mode of teaching, are more worried about the efficacy of the method.

Certainly, the confusion and suspicion both disappear by the end of the second lecture because the students soon realize that through this method they not only retain better, but also have a sense of having ‘understood’ instead of just coming to ‘know’.

What’s most interesting is that the method I am talking about is neither new, nor innovative. It is simple and perhaps older than the conventional method we are so used to. It is simply about opening the discussion by asking questions designed to engage and lead to the answers. The idea is to make the students reach the solution after having understood not only what the problem is, but also how and why does it arise at all. Yes, it does take quite a bit of effort and results in thick discussion, but at the end of the day, the whole exercise is quite engaging and it is precisely this engagement that makes the students retain a good deal of the discussion and not just the problem and solution. The understanding is more wholesome, and inspires the spirit of inquiry and fruitful deliberation. Isn’t it the most natural way of training lawyers? In fact, in teaching law, many, if not most, of the law teachers use a mix of this method and the conventional method in varying proportions.

The amusing confusion and perplexity that I witness during my first lecture is primarily because I am the first law teacher to most of my students, which means that they are suddenly dealing not only with an altogether new subject but also with a ‘strange’ method in which they seem to be doing more work than they thought students were supposed to do in class.

But it is not just about teaching law or training lawyers. Even 3 Idiots, a Bollywood blockbuster starring Aamir Khan, basically mounts a scathing attack on the conventional mode of teaching that lays excessive emphasis on ‘learning’ instead of ‘understanding’. Recall the scene where Rancho’s (Aamir) definition of ‘machine’ based on clear understanding is ridiculed and rejected while Chatur’s (Omi Vaidya) rattling away of the bookish definition is admired by the teacher.

The movie contrasts the performance-oriented conventional approach against the understanding-based inquisitorial approach, and goes on to demonstrate that only the latter could be considered ‘educative’ in the real sense of the term.

Although I don’t think conventional method can be lightly dismissed because it has its utility, which is why it has stood the test of time. However, fields like law and science require application of concepts, which necessitates thorough ‘understanding’ and not just ‘knowledge’. Therefore, students aspiring for a career in law must first ransack their own inner selves to find if they have a lawyer in them because going to the law school and knowing the law can only make them add to the already gushing ocean of mediocrity.