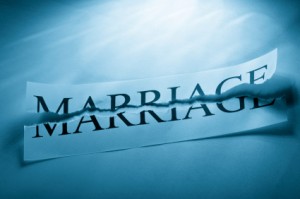 A realistic hypothetical story closely resembling a number of cases and demonstrative of the tumultuous insides of a modern Indian marriage.

An educated, bright and ferociously independent girl is married to a successful young professional from an affluent and reputed business family. After two years of marriage and a baby boy, the wife finds herself unable to live with a husband who is perpetually distrustful. Every time she is on phone and he is around, he would keep hovering like a spy drone attempting to net a word or two. And when the conversation is over he might nosily inquire about the person on the other side and the details of the conversation. A text message on her phone is treated likewise. He would attempt a peek. If that’s not possible he would try guessing the content of the message from the expression of her face.

She finds herself caged, her privacy invaded and her personal space regularly and brazenly violated. Why should she keep explaining everything to her husband? Why shouldn’t she be allowed to just be? Why should she be made to feel like a criminal to be eyed with suspicion all the time? And why should she tolerate any of it? She felt deeply hurt and tormented. Having been brought up in a liberal modern family invasion of privacy was absolutely unacceptable to her. The husband having been brought in conventional Indian family failed to understand why there was this question of ‘space’ between husband and wife and why should he not know everything about his wife. “Why should he know everything?” is her furious contention on the other hand.

Early in the marriage he found that his wife hid something from him simply because she considered it ‘personal’ though it was trivial. The realization that she was capable of effortlessly ‘hiding’ things that need not even be hidden bothered him. He tried to take it lightly but could not help watching out for lies and deception howsoever minor. This compulsive urge to verify and know ‘the truth’ and to be aware of ‘everything’ about his wife made him very nosey and intrusive to the utter disgust of his wife. Conversation about ‘space’ and ‘privacy’ resulted in heated arguments. Why should she ‘hide’ anything from him? Her insistence on privacy made him further suspicious. What all is she hiding? Discussions only bred further distrust in him.

Traditions and conventions of the family on one side and her prying husband on the other made her feel like a prisoner in an affluent household, and her own family looked at it as ‘teething trouble’ initially and later as ‘adjustment issues’ of their ‘pampered’ daughter. Incensed, she kept simmering internally. And soon she was a methodical, mechanical, dutiful, non-loving wife. Her heart was elsewhere, thought her husband. And he wanted to know where. His overt attempts at finding answers, no matter how friendly, were promptly spurned with disdain. And his covert attempts disgusted her to the core. His very presence was intrusive and repulsive to her. He was the very personification of violation. And she had her guards up shutting her husband out. Since the husband had never known his wife emotionally and knew little about how she looked at life and their ‘married life’, he had no inkling about how bad things had already gone until her younger sister, who was at far better terms with his wife than anyone else in the family, thrust a letter in his face in enraged disgust. The letter was written by his wife to her friend, a married woman herself, and made him realize that on his wife’s side their marriage was already in advanced stages of decomposition.

Articulate and imaginative, she had described in bright vividness as to how utterly miserable she felt in the marriage. How she felt like a maid, housekeeper, washerwoman, babysitter and then a mere female body at different times of the day and night. How she had to feign consent and pleasure on those nights when her husband would ‘lovingly’ came torturously close to her. How unbearably pretentious she found this pompous pride in the ‘family name’ and ‘family honour’. And how utterly fake her life was in ‘this marriage’ with ‘that man’ amidst the ‘circus’ of ‘his family’. She had vented her acidic anger in scathingly explicit terms. And it hurt. He was shocked to know that even in the most intimate moments she was simply deceiving him and that her ‘love’ disgusted her, and that she had nothing but contempt and ridicule for him and his family. The emotional gash was deep enough to take a lifetime to heal.

Confronted with the letter, she minced no words. The breakdown was complete. She was promptly sent to her parents.

The husband just doesn’t want to cast another glance at her anymore. The only thing he and his family want is to shut it for good sealed with a divorce. And on her part, she wants to allow nothing to them, not even divorce. To her mind ‘he’ and ‘his family’ had messed her life up and she would not allow them to mess the life of another woman. So, no divorce. 7 years pass. Nothing happens.

The marriage has irretrievably broken down because the partners involved cannot stand the sight of each other. But no ground for divorce is available to the husband. All that the husband has is a letter written to someone else, wherein she expresses how she feels. The letter makes him hate her. He is deeply hurt, but ‘mental cruelty’ cannot be argued, as the wife did not say or do anything to the husband or his family members that could be called ‘cruel’ by any stretch of imagination. The marriage is stone-dead for no legislatively recognized cause. It’s dead for want of compatibility. A minor cause can do major, irreparable damage. It’s not the size of the cause but the magnitude of the damage that needs to be considered.

Therefore, where the marriage is conclusively dead with no hope of revival, denying divorce is arbitrary and unjust.

Appeared in Lawyers Update. First published on my WordPress Blog on May 14, 2009.

GHAJINI: Can Sanjay Singhania be Convicted?