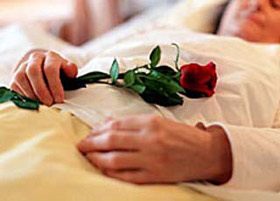 Passive Euthanasia is not ‘active’ or ‘positive’ killing. And Passive Euthanasia is morally superior than, say, ‘Active Euthanasia’. These are the two fundamental assumptions on which the recent Supreme Court judgment builds its tacit approval of a conditional ‘inactively executed medical termination of life’, which might sound like – and might also be – a contradiction in terms.

So, is ‘letting die’ better than ‘killing’? More importantly, are the two different in all circumstances?

A man suffering from chronic asthma is hit by a sudden bout of intense asthma attack, and desperately reaches out for the lifesaving inhaler, which is now in the hands of someone who wants him dead. This angel of death grabs the inhaler, walks out of the room and closes the door behind him to ‘let the fellow die’ a painful death.

So, did he ‘kill’ or did he simply ‘let die’? Actually, in ‘letting’ the person die he ‘killed’, or, to put it differently, he killed by letting die. The killer is as much a killer as he would be, had he put a knife through the man’s heart or a bullet through his brain, for it is the intention determines the nature of the act. In ‘Passive Euthanasia’ the intention is to kill, which makes it as active as ‘active’ can be. And if it is about interfering or not interfering with the ‘impending death’ or ‘natural course of life’, every single pill that you swallowed and every injection that you took did exactly that by standing between you and the natural consequences of the illness, which could as well be death.

The second premise that somehow ‘letting die’ is morally better off than ‘killing’ is equally ill-founded because when life is insufferable and death desirable, any delay in ending life is abjectly and indefensibly cruel. Among the martial communities in olden times, if a warrior was incurably injured and was dying a slow, painful death, he would be given a swift death unless he or she desired otherwise because delayed death meant suffering prolonged, which is cruel by all means. So, if death is better, terminate life immediately.

Thus, not only ‘letting die’ is much the same as ‘killing’, but is also morally inferior than the latter in cases fit for euthanasia. So, the very idea of and the whole talk surrounding ‘Passive Euthanasia’ is completely pointless, for it is unwise to look for a ‘middle’ or ‘moderate’ path where none exists.

The two central issues that cannot be left unaddressed are: One, whether or not the otherwise absolute Right to Life includes right to die in certain circumstances? If yes, what should be the distinctive nature of such circumstances? And, two, who has the ‘right’ – not the expertise or wisdom – to decide on behalf of the patient that his or her life is not worth living? Let’s not forget that we are dealing with the most fundamental, inalienable right, and this is about someone else deciding to forego what even the person himself cannot in ordinary circumstances.

Therefore, the legal position of euthanasia cannot be conclusively determined until and unless these two questions are satisfactorily answered. And we have been skipping and spot-running so far.

Originally written for and published in LAWYERS UPDATE as Opinion to the Cover Story [April 2011 Issue; Vol. XVII, Part 4]

Age of Consent: Keep the kids out

Age of Consent: Keep the kids out