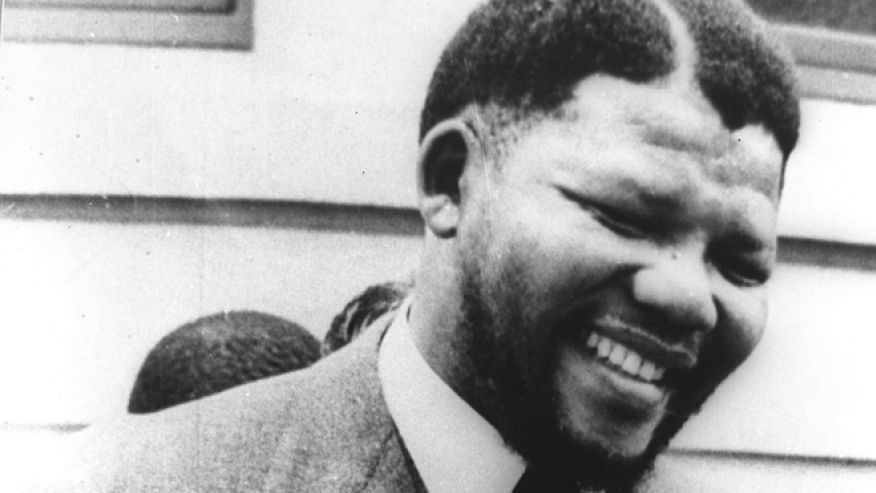 Nelson Mandela (Nelson Rolihlahla Mandela), born on July 18, 1918, went on to become the first ever elected President of South Africa in a fully representative democratic elections in 1994 and remained in office until 1999. Mandela, a militant anti-apartheid activist, was arrested in 1962 and was convicted of sabotage apart from other offences, and was sentenced to life imprisonment, as a consequence of which he spent 27 years in prison and was released on February 11, 1990 from Victor Verster Prison in Paarl.

The forename given to him was ‘Rolihlahla’, which means “troublemaker’ in colloquial Xhosa. Later, he was also referred to by the name of his clan ‘Mandiba’. However, the name ‘Nelson’, by which the world came to know Mandela, was given to him by his teacher. “No one in my family had ever attended school […] On the first day of school my teacher, Miss Mdingane, gave each of us an English name. This was the custom among Africans in those days and was undoubtedly due to the British bias of our education. That day, Miss Mdingane told me that my new name was Nelson. Why this particular name I have no idea,” Mandela disclosed in 1994.

Mandela grew up in the company of his mother and two sisters in the village of Qunu, where he was a cattle boy and spent much of his time outdoors with other boys of his age. Both of Mandela’s parents were illiterate, but his mother made it a point to send him to a local Methodist school when he was seven, and it is here that he got his name ‘Nelson’. Mandela lost his father to what he believed to be a lung disease of some kind.

His mother entrusted Mandela into the care and guardianship of Thembu regent, Chief Jongintaba Dalindyebo, who along with his wife, Noengland, brought up Mandela alongside their son, Justice, and daughter, Nomafu, like he was their own son. However, Mandela had to stay away from his mother for many years. He attended church services every Sunday with his guardians, which made Christianity an important part of Mandela’s life and personality. Mandela studied English, Xhosa, History and Geography at a Methodist mission school in his immediate neighbourhood, and developed an intense liking for African history, having paid keen attention to the stories told by the elderly. However, Mandela did not look upon the European colonialists as the oppressors, but as the benefactors.

Mandela had his secondary education at Clarkebury Boarding Institute in Engcobo, a western-style institution that also happened to be the largest for Black Africans in Thembuland. He obtained his Junior Certificate in two years in 1937 and moved to Healdtown, the Methodist college in Fort Beaufort. While his headmaster there thought highly of English culture and government, Mandela was more interested in native African culture.

With Jongintaba’s continuing support, Mandela took upon himself to obtain a Bachelor of Arts (BA) degree at the University of Fort Hare in Alice, Eastern Cape. Mandela, being a member of the Students Christian Association, gave Bible classes in the local community, and was a vocal supporter of the British war efforts at the time of the Second World War. Although Mandela did have some friends associated to the African National Congress (ANC) and the anti-imperialist movement, he kept his distance from both the movement and the organization. However, he did get involved in a Students’ Representative Council (SRC) boycott against the quality of food, which led to his temporary suspension from the university. Mandela eventually left the university without a degree.

Mandela returned to Mqhekezweni in December 1940 only to find arrangements made by Jongintaba to get him and Justice married. The two fled arriving in Johannesburgvia Queenstown in April 1941. Mandela landed a job as a night watchman at Crown Mines, but that did not last long and he was fired when his employers found that he was a runaway. He went to stay with his cousin, who introduced him to an ANC activist, Walter Sisulu, who got him a job as a clerk at the law firm Witkin, Sidelsky and Edelman. Mandela worked in the day and worked to get a BA through a correspondence course.

So far he had kept his distance from the ANC, but at the firm that he worked for he came in contact with and befriended Gaur Redebe, a Xhosa member of the ANC and Communist Party, and also became friends with Nat Bregman, a Jewish Communist, and although he was impressed by the communist talks, he did not join the Party because, according to him, his Christian faith did not sit well with communist atheism and also because to his mind the South African struggle was more racial than a class warfare.

Mandela’s friend, Redebe continually encouraged Mandela to join the ANC, and it was perhaps on account of his persuasion that Mandela marched as part of a boycott in protest against a raise in bus fares in August 1943. In the meanwhile Jongintaba visited Mandela in 1941 and forgave him for fleeing. He did not look long after that and died soon after his return to Thembuland in the winters of 1942. Mandela and Justice could only get to the funeral a day too late. He rejected the idea of becoming a privy councillor in Thembuland and went back to Johannesburg to become a lawyer so that he could tread the political path he had chosen for himself.

Mandela began studying law at the University of Witwatersrand as his political life continued to evolve in the company of activists at ANC, and some of his friends, and in 1943 he came across Anton Lembede, an African nationalist belligerently opposed to the idea of putting up a racially-united front against imperialism, or to forge an alliance with the communists. Mandela shared some of those views to begin with. Mandela and some of his associates thought that it was imperative for the youth wing of ANC to mobilize the Africans to stand against their subjugation, and for that a delegation of which Mandela was a part approached the ANC President, and the African National Congress Youth League (ANCYL) was founded in 1944. Lembede was the President whereas Mandela was a member of the Executive Committee. While all this while afoot, a development on the personal front took place when Mandela married Evelyn Mase, an ANC activist and nurse from Engcobo, Transkei on October 5, 1944.

In July 1947, Lembede died and was succeeded by Peter Mda as ANCYL President, who did not have any qualms about cooperating with communists and non-blacks. Mandela became ANCYL secretary, and was opposed to Mda’s approach, and in December 1947 undertook a measure to oust communists from the ANCYL, but failed.

Originally written for and published in LAWYERS UPDATE  in three parts as a part of ‘THE LAW AND THE CELEBRITIES‘ series in March 2013.

NELSON MANDELA – I: Sharpeville and Jallianwala