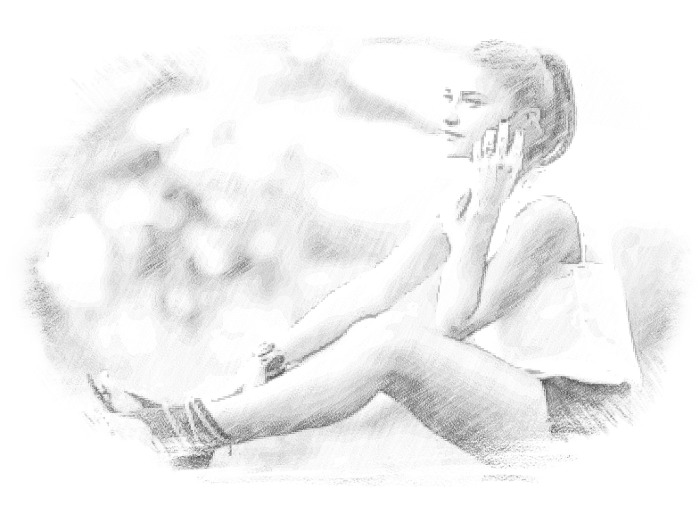 Spat! I looked around. All looked fine. Smiling faces. Nodding faces. Talking faces. A student was scribbling in his notebook, a foreigner hunched over his Apple laptop, four girls sitting in a huddle giggling away at the far corner, a heavyweight female gorging on a Chocolate Fantasy loaded with two scoops of ice-cream, two immaculately dressed, middle-aged gentlemen having a discussion on some business project and a guy and girl sitting on a couch in a corner not far from me in the usual PDA (Public Display of Affection) positions. In short, it was a normal day in a normal Café Coffee Day (CCD). Where did the sound come from? Was it the electronic insect killer? But it was long way from where I sat. “Anyway”, I said to myself and returned to the pages I was reading.

Chatt! Again. I looked up but could not detect the source of the sound again. But this time I was not alone. Others too seemed to have heard the snap. None, however, had a clue as to what it was.

Soon enough we realized it was the sound of one hand slapping another hand away. The slapping hand belonged to the girl and the slapped to the boy. But this came to light only when the girl got up and paid a visit to the washroom. My peripheral vision noted a number of heads, male and female alike, turning and I followed the gaze only to stop at the girl who took her sweet time to take the smallest possible steps to the washroom that was barely a few steps away.

But it was neither her gait, nor her apparent desire to set the record of the smallest steps ever taken in a CCD, but her bare legs issuing from the shortest possible ‘shorts’. They call these things ‘hot pants’, which sounds terribly sexist to my old-fashioned, puritan ears.

The pink-white, striped ‘hot pants’ this girl wore was so short that it would be a tailoring feat to shorten it any further without running the risk of turning it into an undergarment, if it wasn’t one already.

And then she emerged from the washroom and all eyes rested back on her while she walked back to the couch and settled back. With the next hand-slapping we all knew that it was the girl slapping her boyfriend’s hand off her thighs in anger – mock or real, I couldn’t tell, and wasn’t interested in knowing.

The girls giggled, the overweight female frowned, the student-boy couldn’t take his eyes off, the ‘gentlemen’ promptly paid the bill and left, the foreigner reacted little, having found nothing interesting or shocking in it, and I buried myself into the papers while the CCD staff went about their work with admirable detachment.

Personally I do not have a problem with PDA. In fact, to me an affectionate couple is quite a cute sight. But then, there are still limits of decency that must be respected.

Soon enough I was thinking about the law as applicable to public decency. There is nothing inherently indecent in an affectionate hug and a loving peck; neither is a male hand resting on female thigh essentially indecent (I am certainly treading thin ice here) unless any movement of the hand or any part thereof is overtly and unmistakably sexual in nature.

That’s about the behaviour. How about the dress? Could one be ‘indecently’ dressed? Section 91 of Delhi Police Act, 1978 defines ‘Behaving indecently in public’ thus:

It can safely be assumed that the girl here was not forced into the ‘hot pants’, and wearing something would make the wearer responsible for the parts he or she leaves uncovered so as to fall within the description of ‘expose’.

So, it was indeed ‘wilful exposure’. Was it also ‘indecent’? It would be safe to assume that what is indecent may not always be downright ‘obscene’, but what is obscene is quite certainly indecent unless there could be something that could be described as ‘decent yet obscene’ without the description being self-contradictory.

Section 292 of Indian Penal Code, 1860 defines ‘obscene’ as anything that is “lascivious or appeals to the prurient interest”. The term ‘prurient’, as per the dictionary, stands for “causing lasciviousness or lust” and the term ‘lascivious’ means ‘inclined to lustfulness’.

If the guy’s moving hand, the girl’s slapping it aside in mock anger, the gentlemen’s prompt departure and my burying myself in the uninteresting pages are anything to go by, the ‘hot pants’ seemed to inspire feelings that could not be described as ‘affection’ or any of its platonic variations. Interestingly, ‘hot pants’ is also slang for ‘strong sexual desire’ or ‘a feeling of sexual arousal’.

And I am absolutely disinclined to take the discussion any further, thank you. Feminists are a scary lot. For the record, I am against the law getting into hot pants (pun intended).