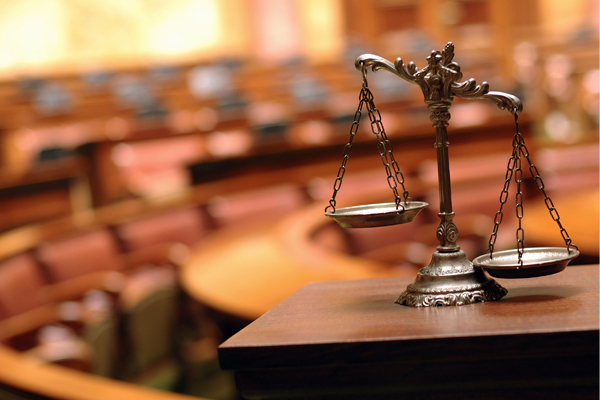 Straight question, that was. I had just stepped out after delivering a lecture on Constitutional Law. She had walked up to me a little nervously and had politely enquired if she could present a question that had nothing do with my lecture.

I looked at her, unsure and rather puzzled. A moment passed and all I could do was look at her in wonder. The simplicity of the question was as amazing as the centrality of its ethical content in the world of law and lawyers. She had not asked if she could be a ‘good’ or ‘excellent’ lawyer. She had asked if she could be a lawyer at all if she was averse to telling lies. Apparently, she had some reason to believe that the capacity to lie was an indispensable requirement for being a lawyer.

In that innocent question of this prospective law student there was a challenging ethical issue stemming from the way lawyers are perceived by the common people. To some this might sound like making a big deal of a teeny-weeny issue. What lawyers do is plead the cases of their respective clients without ‘fear or favour’ and then it is for the court to consider the legal tenability of the arguments and decide accordingly. Where does the question of ethics arise at all?

Well, in standing for the parties where does the lawyer stand? Is he so neutral as to be nothing more than the mouthpiece of his clients? If it is so, nothing in law stops a fairly articulate client to present his own case without assistance from a professional trained in advocacy. Of course, that could be suicidal, so to speak, for such a client’s case irrespective of his gift with the words. Certainly, a lawyer is more than just a representative of his client. He is the officer of the court, advisor to his clients and a responsible citizen in the same hierarchical order.

The ethical question is not just relevant but is also of central significance to a lawyer, who would go to extraordinary lengths to win the case for his client.  How far can he go, and where he must draw the line is what the ethical codes for lawyers seek to lay down the world over.

Recently, the ‘truth’ question that the girl put forth came back to my mind when I attended a symposium on Ethical Lawyering: Role of Law Schoolsjointly organized by the Society of Indian Law Firms and Menon Institute of Legal Advocacy Training.

If the Supreme Court judges like Justice Raveendran, noted lawyers like KK Venugopal and Lalit Bhasin, legal academician of Prof. N.R. Madhava Menon’s stature and foreign dignitaries like Adrian Evans, Chair, Ethics Committee, International Bar Association and Prof. Mizanur Rehman, Chair, National Human Rights Commission, Bangladesh, found the issue of ethics worth discussing at length, it has to be central to the working of all legal systems.

But then, the issue is quite simple. At the heart of it lies our own understanding of the ‘truth’, and the way each one of us, including non-lawyers, justifies lies and deception internally. The problem is not with the system we work in, but with our own selves, and the incessant tussle between ambition and ethical principles that goes on within us. And we are presented with a choice, we tend to take the so-called ‘pragmatic’ approach and choose what is more ‘beneficial’ or ‘fruitful’. Ethical standards are often compromised because abiding by them is looked upon as one of the ‘choices’. A lawyer’s mind is adept at conjuring up arguments based on sound reasoning, and there is no principle that cannot be challenged, howsoever superficially. When ethical standards are opened to such challenges, our moral selves are bound to suffer.

‘What’ and ‘Why’ are just as useful as they are perilous. The moment one hurls the question “What is gained by telling the truth?”, the battle is irredeemably lost.

Frustrated with me, the other day someone remarked, “You are too rigid in your principles?” I wonder if I have a choice. If the length of ‘one meter’ is not rigidly invariable, how would we measure anything at all? Can an ethical principle or standard be pliant and still be a ‘standard’ or ‘principle’?

We seem to have made the fundamental mistake of treating standards as flexible and have arbitrarily introduced exceptions that dilute the very character of the ethical standards. The problem is actually general and does not specifically belong to the legal arena. But yes, it does have very serious implications in the field of law and justice.

For the record, to the girl’s question I responded with a smile and a brief and firm “yes”. And wanted to, but did not, add that in the flood of lies it would indeed be arduous and would take some serious skills to ferry a boat of honesty.