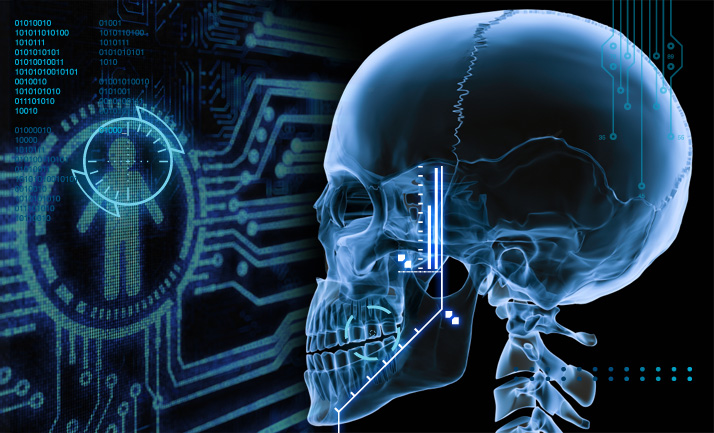 Acquittal of the guilty is certainly unjust, but conviction of an innocent is gross miscarriage of justice. A doubtful science like narco-analysis, with its status as a ‘science’, could indeed lead to such gross injustice. Here is a hypothetical case to demonstrate the point. The facts of the case are indeed fictional, but by no means fanciful. This could happen anytime, anywhere with disastrous results.

A and B, have some ancestral property dispute, and the relationship between the two is souring day after day. They don’t visit each other and do not allow their families to have any contact with each other. A, the elder of the two, is in possession of the property but does not want share an inch of it with his younger brother B, who is in dire need of money. Now, B is in dire need of money, not because he is genuinely poor or cannot earn enough but because he chooses to squander all that he earns in drinking and gambling, which is also why A does not want to hand over B’s share in the property. A is not dishonest but knows it well that B would sell the property and money begotten would buy expensive liquor and would be lost over card games. B wishes A was dead, he hates him for making him feel so small and so utterly miserable. He would love to kill him and on many occasions he would lie awake on those sleepless nights and run detail plans to kill his brother in his mind. But at the end of it all, he would find that he somehow does not wish his brother dead. He took him to swimming in the lake all his childhood and was the one who always stood by him when he had to face his father’s ire. And he would drop the plan. Many times when he would have no money after a bad game of cards, he would tell his teenager sons at dinner time as to how much he hated his brother and how he had dishonestly kept his share of the property, and how bad his brother was and so on. He would often eye the kitchen knife with a long, broad and strong blade, and imagined how it would pierce through his brother bringing an end to his miseries.

One day A was found dead in his bed. Someone had climbed through the balcony and slain him with a sharp edged weapon, which could be a knife. The investigation began. The motive was not burglary because nothing was stolen so it could only be intense enmity or hatred that could be the driving force. So, enmity or hatred or both could have driven someone to kill. Who could have such a motive in case of A, who was not of the quarrelling kind? Property disputes, normally, are excellent motives. B was rounded up for questioning. His hatred for his brother was unmistakable. He hated him enough to kill. The investigation officer, a veteran investigator, could sense the latent pleasure in B’s demeanour, as though he was relieved and satisfied. The knife was soon found in a drain near the house. It was B’s kitchen knife.

Circumstantial evidence was building against B. On being questioned he told that he had a quarrel with his wife and went away. He drank with a friend of his and on his way back, he fell in a drain. He could not climb up and came back home in the morning, all wet and dirty. This drain could well be the drain in which the knife was found. The investigator was convinced. He intensified the questioning. Like a seasoned investigator, he built a non-adversarial, semi-sympathetic, semi-friendly bond with B. He ensured him that he understood B’s situation completely and understood his hatred for A. So, B could open his heart to him. B did admit how much he hated A and how he wanted to kill A with the same knife. But he was way short of confessing, which the investigator wanted.

“So, you went to his house that night?”

“No, actually I did not. I wanted to kill him but I did not kill him.”

“Look, there is no point lying. We have evidence that you took the kitchen knife with you, went to A’s house, climbed through the balcony and while A was asleep you put a pillow on his face and drove the knife right through his heart.”

B did not confess and since A was a person of repute, the pressure was building. After another round of intense questioning, he was sent for a narco-analysis.

During narco-analysis, B’s talked of how much he hated A, how much he made him to suffer and how badly he at times wanted to kill him. Then he talked about the days his brother took him to swimming and protected him. He also recollected how he wished to drive that knife through his heart and then the distinction between the real and the imagined blurred. His brain, crippled by the drug, could not filter the imagined out of the real, neither could it distinguish between the two. It simply supplied the images, both real and imagined. Thus, B ended up mixing his feelings of intense hatred for his brother, the plans he had made to kill him, and he could also picture the murder scene in great detail, as it had word-painted for him by the investigator during the investigation over and over again. And then he pictured himself driving the knife into his brother and seeing him lie in a pool of blood, as he had so often imagined and as he was made to imagine during the investigation. The confession was, thus, obtained. The investigator’s guess was proved correct. The knife has already been found, the investigator’s theory of why and how B killed A proved correct. The judge hearing the case was shown the naro-analysis tapes and the circumstantial evidence, together with the recovery of the murder weapon (B’s kitchen knife) left nothing to doubt. B had the motive to kill and the evidence was enough. The conviction followed. The veteran investigator was happy to have cracked another big case. What he could never know was that B never hated A enough to kill him. He just wished that he hated him enough. But he did manage to communicate his hatred to his younger son, who harboured it and nurtured it till the night in question arrived.

On the fateful night when, after quarrelling with his wife B went away, his younger son (17) found it impossible to handle the fights over money he had been witnessing ever since he was born. He knew, as he had always been told, that his uncle (A) was the root of his suffering. Simmering with white rage and unable to control it he took the kitchen knife around 2 a.m. and proceeded to his uncle’s house. He came back home at around 4 in the morning. Every one was asleep, he stole in and took a quick shower, washed the blood off him and off his clothes. He was never interrogated, as he was not a suspect. And he could not gather the courage to own up.

In absence of naro-analysis, there was a chance that B could get a benefit of doubt and it is also possible that the investigator might have tried to look into other angles and tried to make a broader list of suspects, but since narco-analysis presented to him a straight opportunity to verify his theory, he went ahead with it. And things turned out differently. In view of the circumstantial evidence, which, of course was strong, backed by naro-analysis test even judge could not bring himself to give the accused a benefit of doubt. It is true that judges are trained not be swayed by inadmissible evidences or the hype surrounding a case but it cannot be denied that at some point of time they, too, have to form an opinion. In this case even if the real culprit could not have been caught, an innocent could still be saved from conviction. In this hypothetical case, everyone played his part honestly and there was no foul play. But still the room was grave injustice remained. Think of the cases where the high and mighty are involved, narco-analysis, in such cases, could well be an unholy tool.

Originally written for and published in LAWYERS UPDATE (July 2007 issue) as part of a three-part Cover Story.

Is Narco-Analysis A Reliable Forensic Science?