CARLOS THE JACKLE – I: World’s Most Dreaded Terrorist 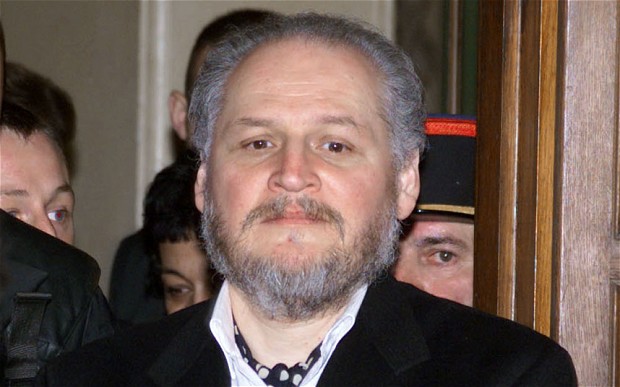 Yalgaar , the 1992 Sanjay Dutt starrer, featured a mysterious contract killer who never failed to eliminate his target, operated alone and could not be contacted once he had been commissioned and the advance payment to him had to be made in full. It also means that once commissioned to terminate, the fate – rather the ill-fate – of the target was sealed, as the commission could not be recalled and the killer was infallible. The assassin was called Carlos after one of the most dreaded terrorist the world has ever seen.

Yalgaar was not the only movie to feature the real-life character of Carlos. Hollywood came up with The Jackal and more recently in 2010 with Carlos. While the former is a fictitious story featuring the infamous assassin and does not provide any biographical details about Carlos, the latter is strictly biographical and traces the life history of ‘Carlos, the Jackal’, as he was referred to by the international media after Fredrick Forsyth’s novel ‘ The Day of the Jackal ‘ was found in his belongings.

His crimes are humongous in scale. He was a master of disguise and managed to dodge the law enforcement agencies and the Interpol for decades. However, unlike the celluloid Carlos, the real Carlos did fail. In fact, his very first attempt at murder was a failure, but he did manage to escape unscathed after a daring attack on a business tycoon.

The tycoon was shot in the face at point blank range, but the luck was so firmly on his side that when his assassin pulled the trigger a second time to finish the job, the gun jammed and he did not have the time to clear the gun and make another attempt. The police had already arrived, and the only thing the killer could do was attempt escaping, which he did successfully. The bullet, deflected by the teeth got lodged in the jaw millimetres from the jugular vein. So, Carlos began with a failed attempt, but grew into a dreadful menace in less than a decade. In making him what he came to be, his circumstances and upbringing had a significant role to play.

The person that Carlos targeted was none other than Joseph Sieff, the sixty-eight years old, influential Jewish businessman in London, who was not only the President of Marks and Spencer, one of England’s most successful chain of departmental stores, but was also an honorary Vice-President of the British Zionist Federation, which happened to be the organization that had raised millions of pounds for Israeli charities, a fact that was very relevant for Carlos’ attempt at his life. The day was Sunday, December 30, 1973, and the police was there so soon because he had been spotted by Sieff’s wife when he was being taken to Seiff by Sieff’s butler, who had the hostile end of Carlos’ gun pressed against his spine. Seiff’s wife, showing great presence of mind, stepped back into the bedroom and called the police. The police reached in time, but Carlos gave them the slip.

Carlos, the Jackal, was born Ilich Ramirez Sanchez to José Altagracia Ramírez Navas (father) and Elba Maria Sánchez (mother) on October 12, 1949 in Caracas , in the state of Tachira , Venezuela . He was named Ilich after Lenin, whose formal name was  Vladimir Ilich Ulyanov by his father, Jose, who was a staunch Marxist. Both of his younger brothers were also similarly named Lenin and Vladimir. Their mother was against raising the kids as godless Marxist and wished that her children had a Catholic upbringing, but the father of the children would have none of that. Ilich, who gathered infamy as Carlos, was the one who received the most rigorous training in Marxist ideology. His father told him tales of the great successes of leftist revolutionaries and hired tutors to teach Ilich the intricacies of Marxist ideology and associated theories.

Jose’s getting repeatedly involved with other women was deeply resented by his wife and soon they parted ways. After their divorce, Ilich was sent by his father to  Fermin Toro Lycée School in Caracas primarily because the school was well known for its radical left-wing leanings. Soon enough, Ilich was part of the Venezuelan Communist Youth and started participating in their revolutionary activities, which also included violent protests against the ruling liberal government that did not favour communist ideology.

Reportedly, Ilich was sent to a Cuban indoctrination camp by his father in 1966 to be educated in sabotage techniques and other revolutionary activities of violent nature. The camp was ‘Camp Mantanzas’ and was established and administered by Fidel Castro’s Direccion General de Inteligencia (DGI) and Castro’s KGB adviser, Viktor Semenov. If the stories are to be believed, Ilich was an able student who was personally attended to and tutored in the use of automatic weapons, explosives, mines, encryption and falsification of documents by Antonio Dagues-Bouvier, who was an Ecuadorian guerrilla warfare expert and also a senior KGB officer. However, whether or not he was trained by the Cubans is still a matter of dispute.

Jose, anxious to have his sons ‘suitably’ educated, sent both Ilich and Lenin to Patrice Lumumba University , Moscow . The boys were excited, but the excitement petered out when the two came face to face with the harsh surroundings made harsher by the disciplined lives they were supposed to lead. Ilich was less interested in studies and more given to chasing girls around.

Although he was very much inclined to Marxist ideology, he was not much of a Marxist idealist. However, he was seen as a young man of considerable potential. But when he turned down Dr Eduardo Gallegos Mancera, a senior member of the Venezuelan Communist Party’s politburo, when he offered him a post as the party representative in Bucharest , his days in Moscow were numbered, for it was the party that sponsored his studies at Lumumba. The party lost patience with Ilich when he openly supported a rebel faction, which led to his expulsion from the party in 1969. But it was not exactly the last chapter, which arrived when Ilich participated in protest staged by Arab students in 1970. It was then that he was seen as indulging in “anti-Soviet provocation and indiscipline”, and was, for that reason, thrown out of the University.

During his time in Lumumba he was close to many Palestinian students who told stories about the struggle of the Palestinian people against Israel . They sang praises of Wadi Haddad, the, leader of the Palestinian rebels, who aspired to take Palestine back from Israel . In the wake of Six-Day war, the group had taken to violent means to accomplish their objective with Haddad forming the Popular Front for the Liberation of Palestine armed with a fresh manifesto that called for the liberation of Palestine by acts of violence against the State of Israel.

Popular Front soon caught the attention of the world and gained alliance from other terrorist groups like Germany ‘s Baader-Meinhof gang and Italy ‘s Red Brigade, and also found support from Moscow . This was the channel through which Ilich came into contact with Popular Front. Ilich was invited to attend a terrorist training camp, following which he left Moscow in July 1970 for the Middle East .

On his arrival in Beirut he met the unofficial ‘recruiting officer’ of the Popular Front, Bassam Abu-Sharif, who was very impressed by Ilich’s passion and convictions. Arrangements for Ilich’s training were promptly made and Ilich got the name he would be known, rather feared, by – Carlos.

He did well at the training, but was hungry for more exciting action. He contacted a senior member of the Front, Abou Semir, who made arrangements for him to be sent for training to an advanced commando training camp.

The Popular Front kept hijacking planes, holding hostages, getting its men freed and milking ransom from the governments either unsympathetic to Palestinian cause or sympathetic to Israel . Carlos was not called in at any point of time. The 1972 attack on Israeli athletes in Munich Olympic conducted by a group called Black September particularly frustrated Carlos because he was kept out of the operation. However, by that time he had had the taste of real warfare.

In 1970, certain audacious attacks carried out by the Palestinian rebels against Jewish targets on Jordanian soil angered King Hussein of Jordan, who had until then been sympathetic to Palestinian cause. He decreed marshal law and ordered that the Palestinians be driven out of Jordan , which gave rise to a conflict between the Jordanian forces and the Palestinians. Carlos battled Jordanian forces valiantly fighting alongside Abu-Sharif and gained the reputation of a fearless warrior and a cold, calculating killer, who could annihilate without a blink. Over three thousand Palestinians died, and a majority of Popular Front leaders escaped to Israel . Carlos did not. He was sent to London as a representative of Popular Front. In London his primary task was to move around in high profile circles and draw up a list of high value targets that could be either killed or kidnapped to gain leverage.

Originally published as part of  a three-part ‘Crime File’ in LAWYERS UPDATE in October 2011.

CARLOS THE JACKLE – II: The Rise of The Jackle

CARLOS THE JACKLE - II: The Rise of The Jackle